Charmaine Sheh (佘詩曼) is the lead actress in Yu Zheng’s (于正) upcoming drama Winter Begonia <鬓边不是海棠红>, a period drama set in World War II China that explores the relationship between two youths who share a passion for Peking opera. Winter Begonia is adapted from the gay romance novel of the same name written by Shuirutian’er (水如天儿), who also acts as the drama’s screenwriter. 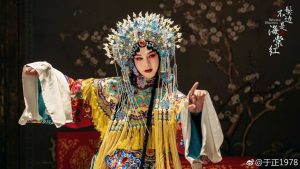 “The cast is a joy to be with,” said Charmaine at a Valentino event in Hong Kong. “It hasn’t been a difficult job so far. Maybe it’s because it’s still winter and very cold. We get to wear thicker outfits.”

The comfortable environment is not the only thing that Charmaine is enjoying. “Huang Xiaoming brings his chef along, and he makes great food. When we come across each other for lunch, we’d all go to his trailer to eat his food. He’s gotten all of us fatter!” 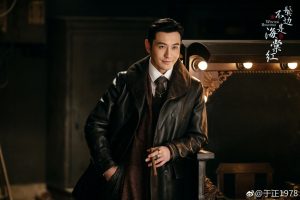 Charmaine plays Huang Xiaoming’s wife Fan Xiang’er, a role exclusively created for the drama. “My character is from Dongbei. She’s very straightforward and isn’t afraid of confrontation. She’s not a big mouth, but when she comes across something unreasonable, she’ll speak out.”

Set in the 1930’s shortly before the Japanese invasion, Winter Begonia follows cross-dressing Peking opera performer Shang Xirui, who reinvents Peking opera under a new home and rebuilds his troupe with the support of opera enthusiast and businessman, Cheng Fengtai. After the Japanese invades China, the duo lets go of small dreams to save their country. 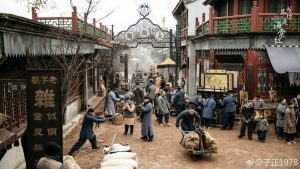