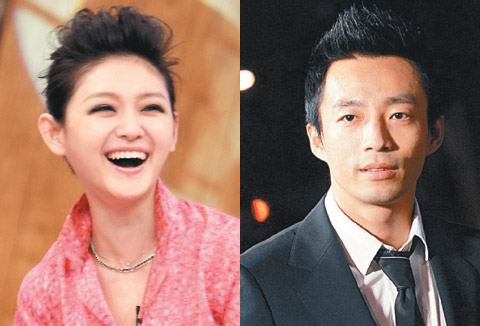 Since Barbie Xu and Wang Xiao Fei got married, speculations arose as to when the formal wedding banquet will take place. On March 2th, Miss Zeng Yu Bo, posted a copy of Barbie’s wedding invitation on her blog. It turns out that the wedding will be held on March 22nd at a luxury hotel in Sanya, Hainan !

Barbie and Xiao Fei’s wedding will likely be a western-style wedding. An after party will be held as well. The “food, drinks, and hotel stay” will be paid for all guests, indicating Xiao Fei’s generous nature. The venue location for the wedding has not been revealed yet. Previously, there have been rumors that Barbie and Xiao Fei will hold their wedding at the Regis Resort in Yalong Bay , Hainan , since Xiao Fei has an investment stake in this hotel. The Regis Resort Public Relations staff denied such rumors.

Due to intense public interest in Barbie and Xiao Fei’s upcoming wedding, the couple’s recent endorsements have increased. With the increased promotion for Xiao Fei’s company and the couple’s wedding sponsors, a smart businessman such as Xiao Fei will not lose money over wedding expenditures.

When contacted by reporters, Xiao Fei was unaware that a copy of the wedding invitation has been posted online. Xiao Fei hoped for a low-profile wedding, which will not be disturbed.