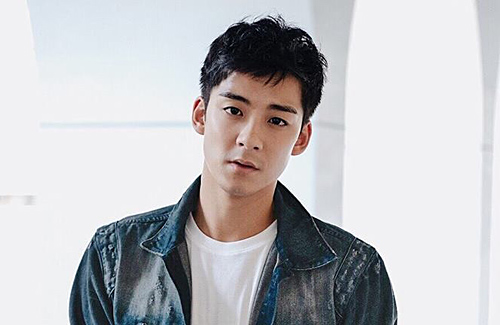 Being a former national Hong Kong swimming representative, TVB actor Dickson Yu (余德丞) is very athletic. When news of him falling unconscious in a soccer game and eventually into a coma was reported, it shocked and worried many friends and fans. Luckily, the 29-year-old actor managed to regain consciousness after two days, and has now been living a different lifestyle ever since. Yesterday, he guested on Carol Cheng’s (鄭裕玲) radio show to share how his outlook and attitude changed after escaping death.

Recounting that fateful day, Dickson was participating in a soccer team that he has joined for three years. However, just 10 minutes into the game, he felt sick and had left the field to rest on the side, but eventually fainted. A friend had performed CPR on him and saw that he had a weak heartbeat. When Dickson arrived at the hospital, his condition became critical and was sent to ICU immediately.

Dickson said he had no memory of the occurrence, but a paramedic later said to him that his heart had actually stopped for 14 or 15 minutes. He continued, “I didn’t really remember anything when I woke up, but the nurse told me that the first thing I said was: ‘Where is my mom?’ During that period, it felt like I just had a long sleep. I didn’t even have any dreams.”

Though it was previously assumed that his sudden fainting was due to myocarditis or inflammation of the heart muscle, doctors later found out his fainting was due to arrhythmia – irregular heartbeat. It may be inherited or have arisen from his genetics, but the real cause is still yet to be verified.

Realized the Value of a Slow Life

After this scary experience, Dickson slowed down his life, and changed his lifestyle to ensure it would not trigger his condition again. “I learned to not rush and take my time, because I’m worried it’ll cause my heartbeat to jump over all the place. I would try to not even run across the road right now.”

Realizing the importance of first aid, he had attended a first-aid training course and learned how to do CPR and use a defibrillator. He is now a rescue ambassador of Hong Kong’s Cardiopulmonary Resuscitation Committee, and promotes the importance of learning first aid, as “You may have to rescue someone one day, so if you don’t know how to give first aid, then how can you help them?”.