As TVB faces a talent exodus, Dickson Yu (余德丞) is the latest actor to announce his departure, concluding an eight-year work relationship with the station.

Suffering from myocarditis during a soccer game in 2018, Dickson was rushed to the hospital and fell into a coma. Luckily for the actor, he made a full recovery and returned to work after a short hiatus. His treatment from TVB was unfortunate though, as he received little to no jobs after his incident despite earlier promotion.

It was not until his first lead role in this year’s Freedom Memories <青春不要臉> that Dickson would be in the limelight again. The 33-year-old also landed on the 2022 TC Candler list for Most Handsome Faces. Despite a promising start this year, Dickson officially announced his departure from TVB on social media.

Worried About His Mother

In his goodbye video, Dickson could be seen packing his belongings and reminiscing about his years at TVB. He also spoke about the effects of his hospitalization on his mother. Tabloids claimed Dickson’s mother had knelt and prayed for his recovery when he was at the hospital. Although he wanted to publicly clear up the rumors, TVB did not allow Dickson to reveal the truth.

“The company said no response is the best type of response. I don’t understand why – what’s right is right and what’s wrong is wrong! With [my vague] response, other people would just continue to speculate even further. I don’t care what I do – but think about what others would say about my mother. That’s hurting someone who’s not in this industry,” Dickson protested, visibly displeased with TVB’s management tactics.

Although they were reluctant to see Dickson go, colleagues wished bright beginnings for him. Producer Lincoln Lam (林肯) said, “The world is round. He should try new things while he’s still young. We’re still good friends and if there are suitable jobs in the future, we’ll definitely collaborate again.”

Close friend Sisley Choi (蔡思貝) had “mixed feelings” and felt that she was losing a “childhood friend” who was moving. “I’m going to miss him, but I wish him the best of luck wherever he goes and that he continues to have opportunities to shine and succeed elsewhere,” she said.

Dickson’s departure is seen as an opportunity for other young actors in their thirties, particularly Matthew Ho (何廣沛). Starring in leading roles such as The Dripping Sauce <大醬園>, Story of and Zom-B <食腦喪B>, and Used Good <異搜店>, Matthew is seen as having the complete package of good looks and acting skills.

It is speculated that TVB will heavily invest in the actor, as he will be starring in upcoming romance series Hello, My Doctor <你好，我的大夫> with Sisley Choi. 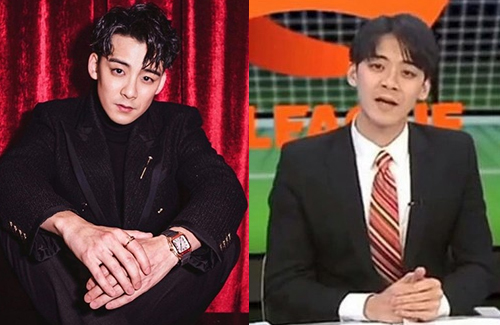