Although a talented glam squad is said to be the secret weapon of celebrities, stylists and makeup artists often stay out of the limelight and remain unnoticed. However, goddess Dilireba‘s (迪丽热巴) makeup artist Zhang Jin (張進) has recently caught the eyes of netizens for resembling a Korean idol. 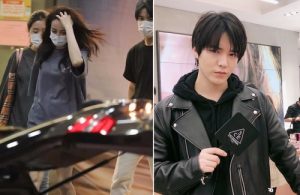 Jin has been working with Dilireba for many years, enhancing her already beautiful features with a natural yet sharp look for TV and public events. As he is often featured in the photographs taken of Dilireba in public by paparazzi, fans began paying attention to him when a photograph of Jin following closely behind Dilreba was published. Even though he was wearing a face mask, he still managed to capture the hearts of many netizens with his big eyes. 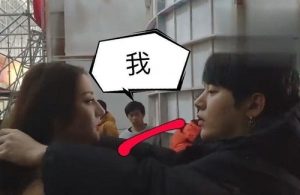 Curious as to how he looks like without the face mask, fans looked for other photos of him and found that he is quite handsome. With sharp features, translucent skin, and thick eyebrows, Jin looked even suaver while fixing Dilreba’s hair and makeup with concentration. Many netizens thought the 5-foot-9-inch man gave off Korean idol vibes with his dyed hair, body tattoos, earrings, stylish outfits, and cool poses.

Obsessed with Jin’s appearance, smitten netizens’ hearts broke when they discovered he is married. Though Jin looks fairly young, it turns out he already has a son with his wife. 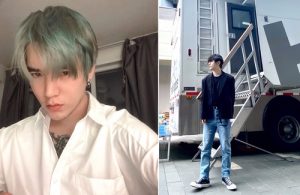 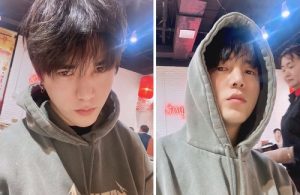