Perhaps best known for his fit physique and daring stunts in the 1980s, Ng Kong’s (吳剛) entertainment career came to an end in the 1990s. After running into contractual issues with his businesses, Ng Gong was issued a bankruptcy order. Despite this, the former Hong Kong actor continues to live extravagantly in a multi-million-dollar residence. 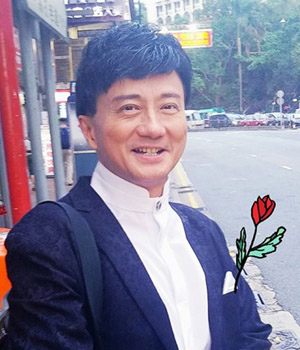 After retiring from the limelight, Ng Kong dabbled in the food industry and invested in a wedding banquet shop with other investors. Not only did he serve in the role as a wedding banquet director/coordinator, but he also played the role of the emcee occasionally. Although his businesses were doing quite well initially, the 64-year-old was issued a bankruptcy order in 2012.

At the time, Ng Kong explained that there were contractual issues and disagreements with his business partners, and that he was going to hire a lawyer to dismiss the bankruptcy. He lamented, “For me, I must be extra careful when signing contracts with people next time. This is the most important. Every agreement needs to be carefully reviewed and you must hire a lawyer to check it and follow-up. Don’t be careless.”

Most bankruptcy orders last only four years. Under this regulation, Ng Kong should have been clear of bankruptcy limitations in 2016. However, it was recently revealed that his bankruptcy order was extended to July 2019. The reasons cited for the extension claims that Ng Kong was uncooperative and that his behavioral and conduct was unacceptable.

Although his bankruptcy order was extended, Ng Kong’s lifestyle did not seem to be affected. His current place of residence is valued at a minimum of $30 million HKD. Moreover, he was still able to send his children to England for college.