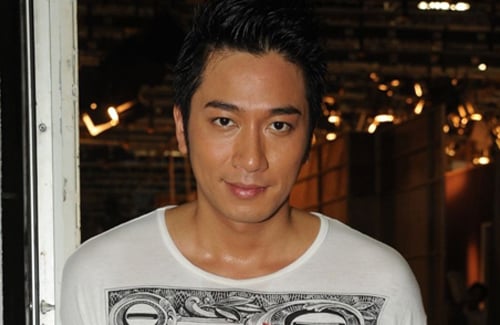 TVB’s former production assistant Ngai Man Ho (偽文豪) seems to have an endless amount of dirt to spill. After receiving wide attention for his rant about Raymond Lam (林峯) and Ron Ng’s (吳卓羲) rude behaviors, the tattler continues to treat the public by dishing a few more secrets from his newly published book TVB’s Blood, Tears, and Dirt <TVB血淚屎>.

The book, which was released on April 14, contains Ngai’s personal accounts of what went on behind the scenes at Hong Kong’s television giant. Speaking with the media in person to promote his book, Ngai responded to some of the criticism from industry colleagues, saying that he is simply sharing his experiences and has never intended to target anyone. “Many seem to think that I hate TVB or hate the artistes mentioned in the book… but it’s not true. I just want to share what I have seen and heard. Perhaps everyone should read this as a novel or a book of an urchin’s adventures, only that the plot is not imagined but from my personal experiences.”

He emphasized once again that he was treated well by most of his colleagues and that he bears no personal grudge against any of them, though from his words Ron seems to be an exception. “I believe most people who have worked at TVB know how he’s like. I know that earlier TVB interviewed them to clarify the situation, but I found it really funny. Ron Ng doesn’t even know how to respond properly, he only goes on and on about how much he cares about the crew. Who would believe him?”

Even if he claims no negative feelings towards the artistes, Ngai is quick to unveil their less admirable sides. He revealed that a male artist, alias “Easily Dizzy”, is known to chase after female newcomers and often asks the PA’s help to exaggerate his on-set status. “He has taken advantage of many female newcomers. The worst is that he always asks the PAs to help him out. Once, he had his eyes set on a female trainee from the artiste training class, and was very attentive to her. He later yelled at a PA in front of her, and asked the PA to bring him tissues and water, causing the PA to get in trouble with the director.”

Another male artiste, nicknamed “Solemn Professor” for his serious nature, was said to have lectured a PA for two hours over a minor mistake. “Once a PA brought the wrong costume to him. “Solemn Professor” sent the PA to the makeup room and nagged. When the director asked him to get back to the set, he told the director to skip him and shoot the other artistes’ parts first. He lectured for two whole hours; it was worse than receiving detention in school!”

A popular artiste earned the name “Cigarette Shovel” for his heavy smoking habit. Even though TVB has banned smoking in its back alleyways, “Cigarette Shovel” seems to pay no heed to the warnings and angrily cursed at a security guard who asked him to put the cigarette out. The security guard was given a stern lecture over the incident and resigned from his position the very next day.

Happy-go-lucky artiste “Bald Head” takes his comedy chops off-screen though the result is much less endearing. “A props crew has a son who was about to go under the knife to remove his foreskin. He was very worried so he went around asking for advice. “Bald Head” somehow overheard this, and when he ran into the crew member at the cafeteria, he loudly asked, ‘Hey… did your son remove his foreskin yet? Did you ask the doctor to let you take it home? You can sew it back on later if it’s not long enough… haha!”

Finally, female artiste “Princess Beauty” earned a blurb in Ngai’s book for her diva attitude. “One day ‘Princess Beauty’ drove to TVB City. She just got a new car and forgot to put on the parking permit sticker. The security guard refused to let her enter, and she became very angry and shouted profanity at the guard. She was asking him if he knew who she was, and asked him to take responsibility since she was late and the entire crew is waiting for her at the set. Then she took her complaints to the higher-ups and an executive had to personally speak to the guard’s supervisor to let her in.”