Gong Li (巩俐) is the shining star in “Sixth Generation” filmmaker Lou Ye’s (娄烨) new spy thriller Saturday Fiction <兰心大剧院>, but that is as far as the critical praises go.

On the afternoon of September 4th, Saturday Fiction opened the the 76th Venice International Film Festival and was selected to compete for the Golden Lion, the film festival’s highest prize. Its main star, Gong Li, will also be running for Best Actress, and chances to win are quite high.

The noir thriller, shot entirely in black and white, is set in Japan-controlled Shanghai in 1941, a week before Japan attacked Pearl Harbor. Gong Li plays the role of Jean Yu, a famous movie star who reunites with her previous lover, Tan Na (played by Mark Chao 趙又廷) for his new show. However, her return to Shanghai isn’t just to make a comeback—it’s because she is now a spy for the United States government, and she may have the intel to stop the attack on Pearl Harbor.

A spy thriller with romance, action, and betrayal tossed in between, Saturday Fiction makes an entertaining film. Critics also noted that Saturday Fiction is one of Gong Li’s best work in recent years—her screen-pulling performance reflects her timeless beauty and charisma.

The film itself, on the other hand, garnered mixed reviews. The film’s story is too convoluted, with too many elements in one. While beautifully shot, the film failed to pull at audiences’ heartstrings.

Saturday Fiction also stars Joe Odagiri and Thomas Wlaschiha. It will premiere in China on December 7, 2019.

Check out the trailer for the film below: 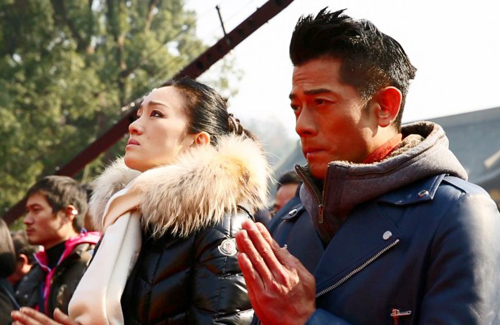