Heading into the final stages of filming, The Monkey King 2 <西遊記之孫悟空三打白骨精> cast prayed that the movie will be a box office success when it opens during the 2016 Lunar New Year holiday. Gong Li (鞏俐), Aaron Kwok (郭富城), William Feng (馮紹峰), Xiao Shengyang (小瀋陽), and Him Law (羅仲謙) gave their blessings at a Buddhist temple in Wuxi yesterday.

After the success of last year’s The Monkey King <西遊記之大鬧天宮>, the sequel was produced with a $530 million HKD budget. Aaron Kwok replaced Donnie Yen (甄子丹) as Sun Wukong, and Gong Li joined the cast.

The fantasy film boasts fantastic 3D effects and required the cast to put on heavy makeup to transform into character. Aaron suffered rashes from wearing the makeup for long hours and had to take special allergy medications. However, Aaron did not mind the sacrifices he made. “This is the most strenuous movie I’ve filmed since entering the industry. Putting on the makeup took a lot of time. And there are a lot of action scenes in the movie. If the audience likes it, it’ll be worth it in the end!”

William Feng sustained injuries during filming and appeared at the temple blessing event in a wheel chair.

With over 800 costume changes, and hours of makeup needed for each individual actor, The Monkey King 2 exceeded its production budget. Martial arts choreographer Sammo Hung (洪金寶) had high standards for the action scenes and required numerous retakes to produce the desired outcome. While perfection has its price, The Monkey King 2 hopes to thrill viewers in 2016. 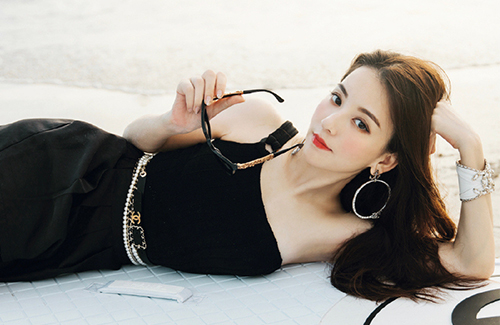 Moka Fang is obsessed with CHANEL, even owning a HK$157,000 surfboard.