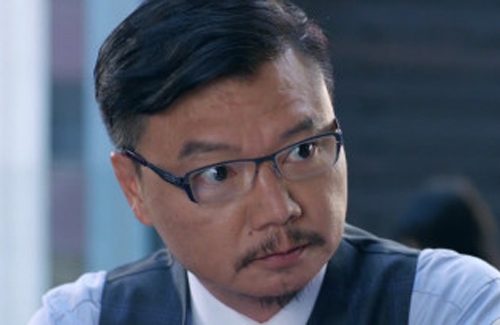 Wilson Tsui (艾威) is angry and in shock over HKTV’s potential shutdown. Fearing the loss of a major income stream, the 55-year-old actor has considered selling his assets in order to pay the bills.

Working in television since 1979, Wilson left TVB after 33 years of service to join Ricky Wong’s (王維基) HKTV station in 2012. When the Hong Kong government rejected HKTV’s free-to-air broadcast license in October 2013, Wilson was outspoken about his dissatisfaction and stated that he will never return to his former employer. He remained with HKTV when the start-up announced in December that it will transition itself into a mobile broadcast platform. Unfortunately, Hong Kong’s Communications Authority recently warned that HKTV will require a free-to-air or pay television license in order to broadcast its contents to more than 5000 local households. HKTV has since suspended its productions, and rumors claim that the company has also halted plans to renew its artistes’ contracts.

Since his contract expired earlier this month, HKTV’s potential closure is a major threat to Wilson’s bank account. Although he has no offspring of his own, Wilson financially sponsors twelve needy children in addition to supporting his elderly mother and his wife, racking up thousands of HKD in monthly expenses. To pay the bills, he has thought about selling his assets to generate cash. “If I continue to have no income, I would really have to sell some assets. I have a watch that should worth something. Then I’d sell my car…and finally my home.”

In a worst case scenario, Wilson has considered packing up and moving to Taiwan where cost of living is much cheaper. He is however looking into alternatives so that he can remain in Hong Kong. “My home can probably sell for a few million [HKD]. I can invest it or slowly spend it. I know that I am luckier than many of my colleagues, and have the chance to buy a home to serve as my final fortress.”

Despite a potentially dire financial situation, Wilson hopes that he would not have to give up on his child sponsorship. No matter how bad things can get, he is adamant about never returning to TVB. “I have never considered it. I won’t die, I feel that I will be able to survive no matter what. It’s like that Chinese saying, ‘When the horse dies, walk instead’.”