With Netflix’s Hometown Cha-Cha-Cha airing its finale on October 17, the show’s ratings broke an all-time record with 12.7 percent in viewership ratings. After grappling with grief over the loss of loved ones, Kim Seon Ho and Shin Min Ah‘s characters embark on a new beginning together.

Taking place in seaside village Gongjin, the slice-of-life drama became an instant hit since its premiere in August due to its warm and heartfelt moments. The first half of the drama focused on the growing attraction between unlikely couple, dentist Hye Jin (Shih Min Ah) and multi-talented local hero Du Sik (Kim Seon Ho) who has a mysterious past.

In episode 15, Du Sik’s backstory is revealed which explains why he suffers from thanatophobia, or the fear of losing someone he loves. Previously an investment fund manager, he traumatically witnessed the death of his senior colleague and also close friend in a cruel twist of fate. Many viewers did not understand the characters’ stubbornness and illogic over the tragedy, and continued to blame Du Sik for the colleague’s death years later.

The finale took another sad turn with the death of grandmother Gam Ri, who had always treated Du Sik like her own grandson, cooked for him, and cared for him when he lost his family. Gam Ri’s death brings together the villagers who all mourn for her deeply and hold her dearly in their memories. Although Du Sik is again devastated in losing a loved one, he pours out his grief and heals in the loving arms of Hye Jin.

Slowly, life in Gongjin picks up again. After Du Sik and Hye Jin (Shin Min Ah) eventually clear all misunderstandings and obstacles in episode 16, the couple go back to the beach where they initially met. Hye Jin blurts out her proposal, but Du Sik quickly interrupts to take the lead in asking her to marry him instead. 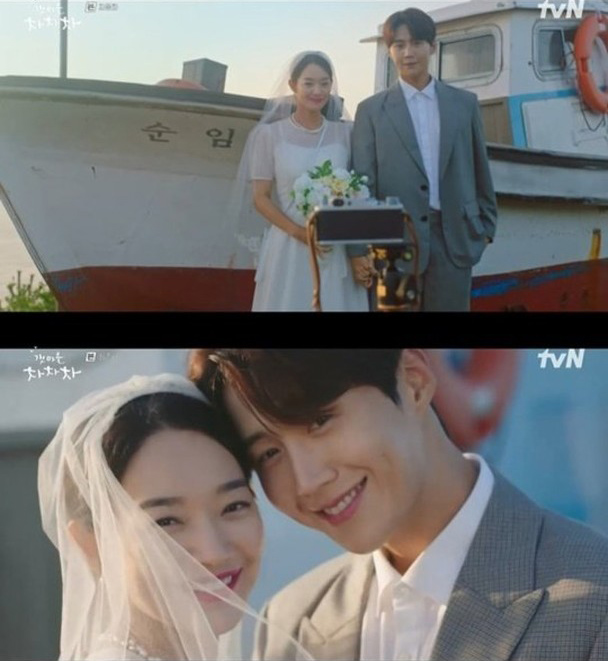