How Francis Ng Prepares for His Roles 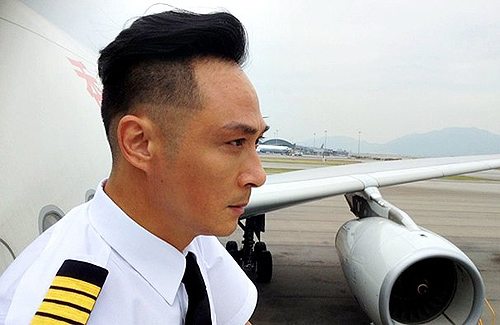 Triumph in the Skies 2 <衝上雲霄 II> is nearing the last segment of its broadcast, while the ratings remaining consistently high. The success for this series is partially attributed to Francis Ng’s (吳鎮宇) phenomenal acting abilities. Francis’ professionalism extends to his off-screen habits, as he obtained a pilot license after filming the original Triumph in the Skies ten years ago.

Francis fully prepares for his roles prior to filming. Instead of wearing the costumes the production staff gives him, Francis would always shop for his own clothes for his characters. He believes that the clothes an actor picks out for himself will bring out the character’s true potential.

Francis believed that Triumph in the Skies 2 would have been better if it had dwelled on Zoe’s (Myolie Wu 胡杏兒) death in greater detail. “Audience’s tastes in dramas have never changed. Television takes care of the general public. Sometimes it doesn’t help if an actor is very smart.  With my eyes closed, I know what will make this series even better. As originally proposed, with more scenes with Summer (Myolie Wu), adding two episodes to cover Zoe dying, or making me disappear for five episodes after the first two episodes [to mourn Zoe’s death] would make the series have more impact.”

But the staff did not want the series’ mood to become too depressing and gave Francis a number of cake baking scenes to fill the gap. And because of the cake scenes in which Francis still had the mop-like hairstyle, many audience members criticized his unattractive image. However, Francis did not mind and simply thanked Chilam Cheung’s (張智霖) presence as Captain Cool to take the viewers’ minds off his old-school hairstyle.

Professionalism aside, Francis also stated that each actor should have their own niche and different set of skills to bring to the set. “Acting is an odd profession, a lot of times the series will contain illogical storylines. For example, sadness is always evoked by killing off a character or breaking up a family – like in the scene where Sam is supposed to cry brokenheartedly over Zoe’s corpse. I decided to ask for that part to be cut short. I’m always like that with acting, even if someone tells me to do one thing, I’ll look for an unconventional method of doing it. It’s more fun that way and I don’t care if I have to shoulder the consequences if things fall apart.”

Francis chose to get a pilot license not only because he had a passion for flying, but also to enable him to get into character. On set, Francis would sit by himself to prepare for the next scene and the director would warn others to not disturb his concentration.

Francis believed that acting has a psychological aspect to it. “For example, when you see a person who doesn’t appear to have anything going on, there are mental calculations inside his head. Acting is the same. When you find a role, that’s enough. You don’t have to consider whether it’s the right or wrong depiction.  We will not view ourselves everyday. As long as you become the character, you will persuade the audience.”

To ensure that projects are up to his standards, Francis also refuses to work with first-time scriptwriters or directors, believing that they are too inexperienced. He is especially adamant on having a proper script. “In the first Triumph in the Skies series, I tried becoming Sam in real life to understand the role. Then in the sequel, I simply didn’t bother reading the scripts beforehand. Since I have a fantastic memory, I’ll only try to memorize the lines before immediately going into the filming studio. I’d rather use that time to rest instead.”

Francis spends a considerable amount of time talking about his son. He may be strict when it comes to teaching methods, but nonetheless, aims to have the best for his son. “I can learn a lot from him and find things that I lack myself. At times, he’s really cute and funny because he will often times play by himself. I feel as though we are quite similar because I didn’t have friends when I was younger either. Sometimes I feel like acting wasn’t the right career choice for me because I have to work with others and can’t spend time alone.”

Francis is very keen on his son’s education and will enroll him in a primary school in Hong Kong. The 51-year-old actor, who has a passion for classics, dislikes the use of simplified Chinese. Thus he would only teach his son to use traditional Chinese characters.

Francis believes that having a sense of humor is the best coping mechanism for his son to use. “Late in life, I realized that violent and non-violent [methods] are wrong. Non-violence is simply repressing one’s urges of violent tendencies. People can be very violent, but they practice non-violence. Suggesting non-violence means there is the existence of violence. Humor is a completely different level. I only knew how to use humor after growing up. Although I cannot be very humorous each time or make people understand my humor, as long as I am able to humor myself, that’s enough.”

39 comments to How Francis Ng Prepares for His Roles