Fasting while filming for his new movie The Man With The Wig <带假发的人> in November, Huang Xiaoming (黃曉明) dropped 20 pounds in a short time. When he admitted he felt faint and his heart was shocked by the dramatic weight loss, many were concerned about the actor’s health. However, the 43-year-old actor appears noticeably better lately and received compliments when his topless photos surfaced on social media. 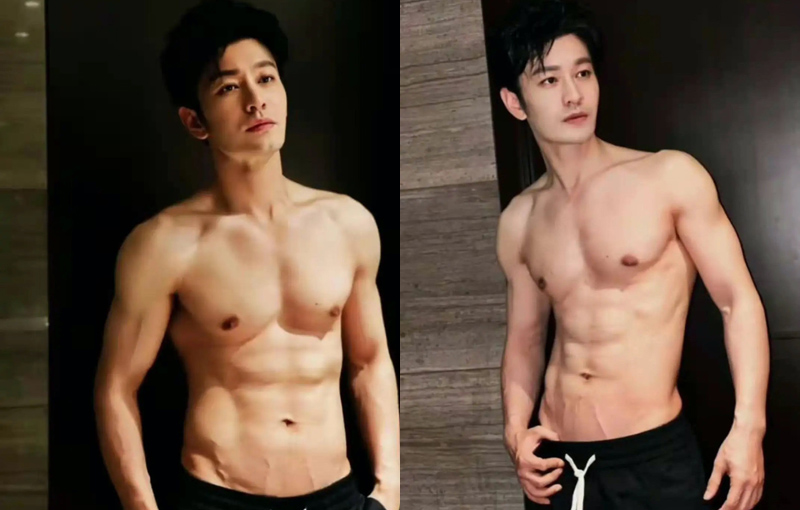 The actor’s gym trainer uploaded three topless photos of Xiaoming on line – all of which showed off his lean muscles and eight-pack abs. The results were quite surprising, as Xiaoming has a lean silhouette when clothed which does not suggest of his build. Once the clothes are peeled away, it is clear Xiaoming only lost body fat but gained more sharply-defined muscle tone.

With his face is slimmer and features more pronounced and defined after the weight loss, many said he looks 10 years younger and can compete with many of the newcomers and young idols. Many admired Xiaoming’s handsome looks, and complimented the actor for his disciplined lifestyle and working out consistently to achieve amazing results at his age.

Huang Xiaoming dropped 20 pounds so fast that he started to have heart problems.