Falling in love after starring in Crash Landing on You, Hyun Bin and Son Ye Jin have been in a steady relationship for one and a half years. It is said that the couple initially bonded over golf, and would often have dates on the course.

Son Ye Jin recently revealed on a variety show that she used to play golf, but was not as interested until recent years and is currently busy improving her skills. Since Hyun Bin also loves to golf, Son Ye Jin found the perfect person to practice together.

The pair was recently spotted on a shopping date for golf equipment. Although the photos were taken from a distance, their slim figures were unmistakable. They seemed to have coordinated their outfits, and both wore white tops and caps. Netizens praised them for their compatible appearance and sweetness.

Hyun Bin has finished filming two movies, The Point Men and Confidential Assignment 2, and is waiting for them to be released. As Son Ye Jin will be filming for her new drama 39 in August, its seems that the rumors that they are planning for a 2022 wedding is unlikely now based on their busy schedules. 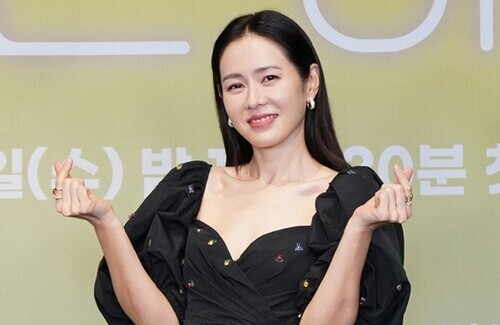