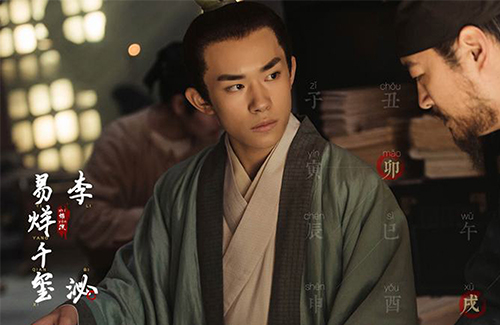 Above: Jackson Yee as Li Bi.

Chinese actor Lei Jiayin (雷佳音) was all praises when he was asked to comment on his collaboration with Jackson Yee (易烊千玺), who costars with him in the historical suspense drama The Longest Day in Chang’an <长安十二时辰>.

“This child’s approach to acting is very upright. I especially like him,” said Lei. “After filming this show, I was asked [by producers] to recommend another [costar], and I immediately recommended Jackson. I really wanted to collaborate with him again. This boy has unlimited potential.” 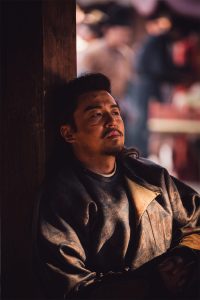 It turns out that Jackson had once suffered a high fever during the filming of The Longest Day, reaching as high as 39.6 C (103.3 F). His professionalism and dedicated earned the praises of many executives on the show, including producer Liang Chaogao (梁超高). “He is able to carry responsibilities and burdens heavier than that of a typical 17 year old,” he said.

Jackson admitted, “I was under immense stress when we first started shooting. It was difficult for me to put myself in the right state.”

The Longest Day in Chang’an, based on the novel of the same name by Ma Boyong (马伯庸), takes place in the Tang Dynasty and follows two court officials and their attempts to foil a terrorist attack on the capital city.

Lei had a large amount of action scenes, sharing that he was taken to the hospital four times due to injuries. On the last day of filming, three of his stunt doubles sustained injuries. The experience was so intense that Lei considered retiring after The Longest Day.