Last year, Chinese actor Xiao Zhan (also known as Sean Xiao 肖战) experienced an immense surge in popularity with his beloved performance in The Untamed < 陈情令>. His success was evident through the establishment of his own studio, XZ Studio. Not only did he top all celebrity rankings, but he also landed on the Forbes China list of 30 Under 30 Asia 2019. However, such success and glory almost instantly went down the drain when he became embroiled in a censorship controversy caused by his diehard fans. Netizens boycotted all his works for months, which inevitably led to a sharp decline in his popularity and commercial value. A few days ago, he was kicked out of the top 10 of China’s largest male celebrity ranking that consists of 200 male celebrities. 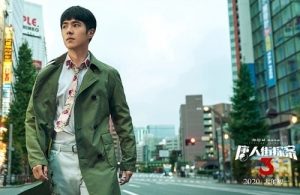 The most noteworthy ranking was TFBOYS’ Jackson, who managed to surpass his two band members Karry Wang (王俊凯) and Roy Wang Yuan (王源), who are respectively ranked 19th and 101st. Jackson is sitting in fourth place currently, as he is the youngest hottest rising star who possesses strong commercial value. He was highly praised and acknowledged for his performance in Better Days <少年的你>, which became a box office hit and made nearly 1.2 billion yuan in sales last year.