Taiwanese actor Jasper Liu (劉以豪) and South Korean singer Lee Seung-gi (李昇基) both star in the upcoming Netflix travel show, Twogether <男神一起來看你>. Overcoming their language barrier, the two heartthrobs quickly become friends as they travel across Asia to meet their fans. In the first episode, Jasper and Lee Seung-gi took on Indonesia – the first leg of their trip – “twogether.”

Blunders aside, the stars had a blast exploring Indonesia. Upon their fan’s recommendation, they went to Jomblang Cave in Semanu to complete a mission. Jasper said he producers refused to give hints for their missions. Still, he was glad to have good partner Lee Seung-gi to complete them together despite the lack of aid from the producers.

They also traveled on small boats when they visited the night markets in Thailand, but Jasper’s favorite moment was when they climbed the Nepal Mountains together. Lee Seung-gi, on the other hand, really enjoyed Yogyakarta because that was where Jasper waited for him with a welcome sign in both English and Korean. 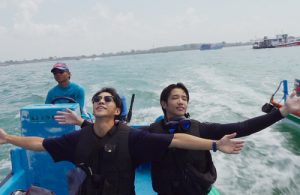 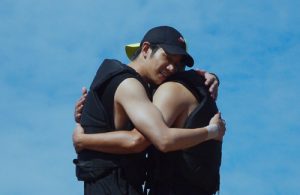