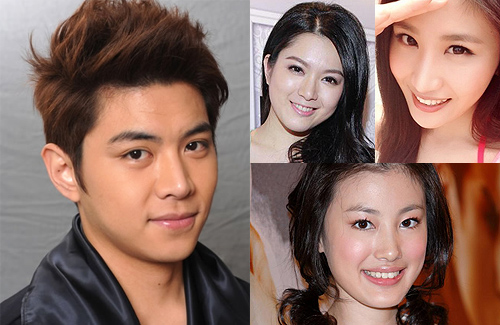 After the kissing photo of Coffee and Joey was leaked, TVB executive Catherine Tsang (曾勵珍) lectured Joey to be more careful in the future over keeping his romantic life under wraps. With his artiste image affected, Joey moved back to his mother’s place to avoid the public eye.

Since his debut in 2008, Joey has dated a long list of women. In 2011, he was in a high-profile relationship with family friend, Christine Kuo, who described Joey as being a sensitive and attentive person who knew how to take care of people extremely well. Other women he was linked with include DaDa Lo (盧頌之), Samantha Ko (高海寧), and Roxanne Tong (湯洛雯).

Meeting Angel Chiang on the set of Come Home Love, Joey was immediately attracted to the 24-year-old. Joey and Angel were constantly seen with each other, and left work together as they lived in the same neighborhood. An insider stated, “Angel’s personality enables her to make friends easily. She has a lot of scenes with Joey, so they became close quickly. After work, Angel always rides in her boyfriend’s car. When Angel wanted to learn how to bake, Joey took classes with her – he really knows how to pursue a girl!”

When Roxanne later starred as Joey’s onscreen girlfriend in Come Home Love, they were seen going on a date at a restaurant. However, the romance was short-lived and Joey quickly went back to Angel’s side.

Angel Kicked Aside Because of Samantha?

Angel rose to stardom due to her role as the youth version of Charmaine Sheh (佘詩曼) in When Heaven Burns <天與地>. Subsequently, she was cast in Come Home Love. Despite Angel’s five-year contract with TVB, her character was suddenly written off from Come Home Love. Angel’s sudden leave left others to speculate that she was kicked off the show because the director wanted to promote Samantha Ko instead. Because of Angel’s popularity on the show, many fans showed disappointment and left unhappy messages online.

26 comments to Joey Law is a Hot Babe Magnet