Last year, Ka Nin finally got his first taste at a lead role in TVB mini series, Fraudstars <欺詐劇團>. He impressed co-star Angel Chiang (蔣家旻) with his sense of humor and they became good friends. As Angel was seen visiting his home, are they more than friends?

After taking part in TVB’s singing contest in 1994, Ka Nin worked as a DJ and an assistant art director for movies. In 1996, he signed with TVB and slowly built up his acting credentials. His breakthrough came in 2009’s Rosy Business <巾幗梟雄> which helped him win TVB Most Improved Actor.

Did Not Intentionally Disclose Divorce Status

Yesterday, a netizen disclosed that Angel had spent the night at Ka Nin’s home before, alleging that he had cheated on his wife, Betty. Despite dating his wife for 16 years before tying the knot in 2016, Ka Nin clarified yesterday that their marriage already ended three years ago.

“Many of my friends within the industry and family know about this. I’m not sure why such odd news is suddenly popping up. I had previously suggested making a public statement, but my ex-wife and I felt that there was no need to publicize it. We also didn’t know what the appropriate channel to make such an announcement was. So when reporters ask about my marriage, I don’t say much,” Ka Nin replied.

He shared that it was a mutual decision to split and that they are still good friends, “We’ve been together for too long. Even though we can’t be a couple, it still feels like we’re family. We even spend our birthdays together.”

More Than Friends With Angel? 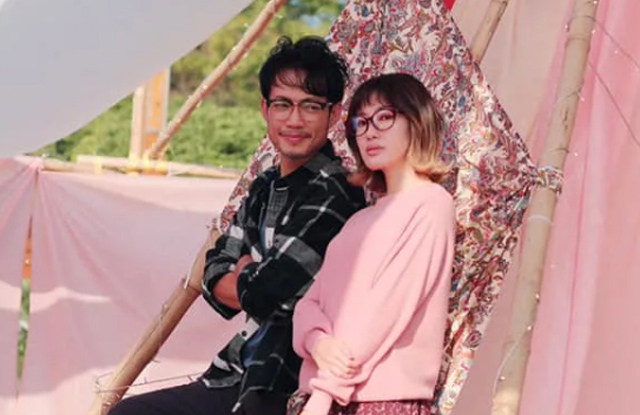 Shaking off rumors with Angel, Ka Nin insisted, “This is so weird, and it’s not true. Why would I date her? Many good friends have visited my home; Angel has visited before but as part of a group.”

Asked if he was single and whether there was a chance for further development in their relationship, Ka Nin gave an open ended answer, “To be honest, I really admire her. However she is very hot-headed and fierce, so I’m quite scared of her. I’ll leave it to fate!”

Paparazzi have noticed that they lead different lifestyles. Angel seems to be a social butterfly, and would frequently meet up with friends for afternoon tea and at night after wrapping up work.

On the other hand, Ka Nin is more of a homebody. The paparazzi caught him taking care of his plants at his Sai Kung home and then talking on the phone. Earlier, he was seen meeting with a female friend for a short while, but otherwise stays home or takes his motorcycle out for a ride.