After over a year in post-production, TVB comedy drama Al Cappuccino <反黑路人甲> is finally ready for broadcast this week. Starring Vincent Wong (王浩信) and Owen Cheung (張振朗), Al Cappuccino follows the theatre actor and thespian nerd William (Vincent Wong), who is hired by the police to act as a triad leader to infiltrate a large crime organization. The drama pays homage to many classic Hong Kong films, with William often using ideas from these films to escape danger.

“Comedy is definitely one of the more difficult genres to tackle,” said Vincent Wong when introducing the series. Al Cappuccino is his first comedy drama. “Don’t confuse comedy with farce. There’s a difference. Producer Lam Chi Wah (林志華) and I have collaborated many times, so I’ve always known that he has a soft spot for comedy. I’m grateful that we’ve finally had the chance to do this. Hopefully the audience can get a good laugh from this!” 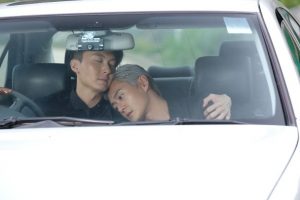 William—bursting with confidence about his acting—is happy to accept the police’s offer. Much to his pleasure, William immediately becomes the center of attention after infiltrating the gang. In addition to being the center of affection for the seven female supporting characters in the series, he also gets “romantically” involved with his partner-in-crime Bun (Owen Cheung), an actual police officer who is undercover as a crook. William and Bun even share a kiss, marking Vincent and Owen’s first on-screen with a male costar.

The kissing scene was nerve-wracking for both Vincent and Owen. While they both joked about eating smelly foods prior to kissing, in reality they had prepped the scene by chewing lots of gun and eating very clean.

Owen shared that his character, Bun, is a man with morals. He would be willing to do anything, but the one thing that he cannot break is his chastity. His character gets involved with Carmen (Winki Lai 賴慰玲), the triad leader’s eldest daughter.

“Vincent and I were always trying to come up with ways to make situations more funny,” said Owen. “I hope viewers will enjoy it!” 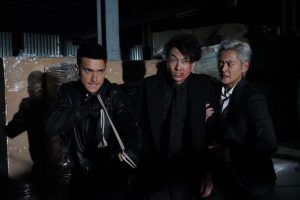 Brian Chu (朱敏瀚) plays Prince, a cold-blooded assassin who comes in between William and Bun’s “relationship.” With Al Cappuccino, Brian gets to successfully wipe away his “little brother” image and finally play a role with a distinctive personality.

“I hope it’s a fresh take for everyone,” said Brian. “I spent months in the gym to prepare for this role. I was in my best shape.” Mentioning that he, Vincent, and Owen are the three musketeers of the series, Brian joked, “Vincent and Owen have always been the main couple. I’m honored that I get to join in the fun. I’ve learned a lot from Vincent. It’s rare to see someone like him being so headstrong about acting.” 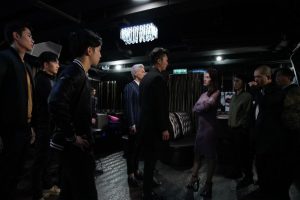 Al Cappuccino is Samantha Ko’s (高海寧) third broadcasted drama in a row, after Death By Zero <殺手> and On-lie Game <迷網>. She said, “All three roles are very different, with very different back stories and personalities. My character in Al Cappuccino can be described as cute.”

Like Brian, Angel Chiang (蔣家旻) also gets to wipe away her “good girl” image for a role that’s completely different. In Al Cappuccino, she plays a powerful female triad leader who is in charge of a prostitution ring.

“She knows how to seduce men and use them for her own gains,” said Angel. “She appears someone who is very strong and unafraid of anything’s but she does end up falling hard for Vincent Wong. She is a woman with loyalty and heart.”