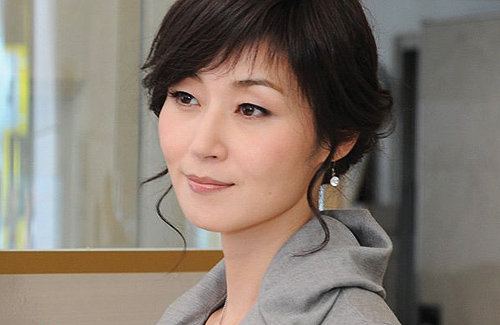 It was not easy for Joey Meng (萬綺雯) to portray the powerful wife of Michael Miu’s (苗僑偉) character in the TVB drama A Change of Heart <好心作怪>. Acting as a villain for the first time, the 42-year-old former ATV star found her role as Tong Sin Hang emotionally draining and challenging.

“The first thing that producer Nelson Cheung (張乾文) and the scriptwriters told me about my character was that I loved my husband so much I was willing to go to the ends of the earth for him. I represented the dark side of humanity. I went from being a loyal wife to someone who commits infidelity. I bought it. If my cruelty was stemmed by money and power, it makes the role much more unlikable.”

The married Joey did not hesitate to accept her role when she knew she would have intimate bed scenes with 32-year-old Benjamin Yuen (袁偉豪). “It is relevant to the plot. I had no problem with them. After all, there are limits to television, so I know these scenes wouldn’t go too far. I also have a shower scene, but I know the camera limits so I wasn’t nervous or embarrassed. I have nothing to show anyway.”

Joey and Benjamin shared their first kissing scene after only having known each other for two days. “It was the second or third day of work, and I had to kiss Ben in the car. It was a very cold day, and the [kissing] scene was at the mountaintop. Although everyone stayed around the car, it was still really cold, and when we spoke, our teeth chattered. I also didn’t know Ben too well at the time, but when it comes to these scenes, I know the male would be more nervous than the female. That’s why I told him that his face deserved my trust!” Joey laughed.

“The bed scene I had with Ben was a different story. In the car, we didn’t have much lighting. Not many of us could see what we were doing, so it felt like Ben and I were alone. But in a bed, in a studio, there would be intense lighting, and you could see every crew member very clearly. That bed scene was also a very cruel one – where I was manipulating Ben to get him do what I want. I would slap him, torture him, and then affectionately kiss him again. I had to say many mean things to him, and there was one point where I accidentally bit him too!”

The scenes were emotionally draining. After shooting them, Joey suffered mood swings and confided to her husband. “My husband did not mind my bed scenes. He was the one who convinced me to do them and told me to not be shy and try my best. If it is relevant for my role, the audience will be accepting of it. He told me that I would be proud at what I accomplished. When it comes to these intimate scenes, my husband will not give me baggage. Sometimes I cannot pass my own obstacle.”

Joey admitted that she had difficulty sleeping during the months of shooting A Change of Heart and had to take sleeping pills. “I couldn’t sleep at night so I would fall asleep randomly on set,” said Joey. “But funny experiences came out of that.”

Joey explained that right after shooting her bed scene with Benjamin, she had to return to the studios in the early morning to shoot a sleeping scene with Michael Miu. The said scene was of Joey waking up to Michael at her bedside. “I actually fell asleep in that scene, and when Michael tried to wake me up, I jumped. I was not expecting to see someone else besides my husband when I wake up. Honestly, I was upset. For a moment, I didn’t know where I was. Michael couldn’t stop laughing at me.”

Trust in Her Husband

“My husband is the only one who can calm me down,” said Joey. “If I had a problem, I could call him at any time. Whether I was right or wrong, he would help solve my problems.”

Joey and her husband Chan Sap Sam (陳十三), a scriptwriter, have been married for 13 years. What is the secret for maintaining such a long relationship? “Trust in each other. That comes first. Also, share what we have with each other. I have many close male friends, and my husband knows every single one of them. His scriptwriting team consist of all women, and because of that, I liked to call him a pimp. My husband absolutely adores his team. Whenever we go on vacation, he will bring the girls along too. I don’t know his team personally, but he always spoke about them. When I met them, I felt like we were close. Similarly, my husband doesn’t know Michael Miu or [his wife] Jaime Chik (戚美珍), but I talk about them a lot, so he is very familiar with them.”