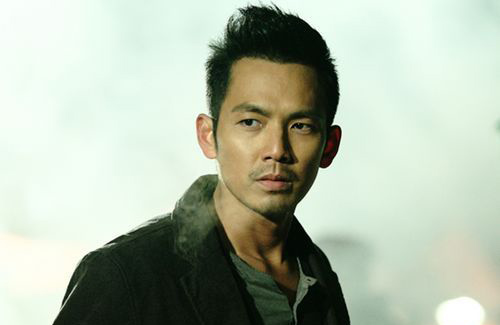 A press conference for Drug War <毒戰> was held yesterday at the Rome International Film Festival, in which it will be competing for the Best Film prize. Director Johnnie To (杜琪峰), Wallace Chung (钟汉良) and Gao Yunxiang (高云翔) were present to share their experience in making the movie.

One reporter labeled Johnnie’s directing style as film noir. Johnnie simply responded that he did not know what exactly film noir is, but admitted that watching many European classics when he was young likely influenced his directing style.

On the theme of the movie, Johnnie said the film industry is flooded with cookie-cutter gangster movies, so instead he decided to explore the drug trafficker’s lack of moral conscience in Drug War. The story was set in mainland China since the death penalty awaits a drug trafficker in China, while the same violation is met with only a prison sentence in Hong Kong. If death is always knocking on one’s door, the sense of urgency driving one’s actions will be much stronger.

As to the obstacles of making a movie in mainland China, Johnny said without hesitation, “Getting past the tough censorship was very difficult. We have to be aware of controversial subjects that may be deemed inappropriate by the Chinese government. But then, it’s a different society with a different background than what I am used to, so I respect their decision.”

In China, a movie showing a death penalty execution, disturbing drug use, and violent gun fights usually results in the film suffering an impasse with the censor authorities. Many were surprised that Drug War was approved in China so quickly. Executive  film producer, Liu Yanming (刘燕铭), speculated that the Chinese government’s recent battle against drug traffickers have resulted in the deaths of hundreds of their law enforcement agents. Perhaps the government believed the film conveyed the consequences of drug trafficking, thus allowing it to pass censorship.

Johnnie indicated that the biggest difficulty during filming was the poor quality of the equipment in mainland. They were sub-par compared to what he normally used in Hong Kong. Johnnie hopes that the next time he makes another movie in mainland, he will see greater improvements.

Wallace Chung Partners With Johnnie To For First Time

Drug War’s Wallace Chung and Gao Yunxiang were also present at the press conference. Wallace found it refreshing to work with Johnnie for the first time, since Johnnie was able to instill a sense of urgency in the cast, as if a real drug war had erupted during filming.  The duo worked so well together that Wallace decide to sign a management contract with Johnnie To.

Gao Yunxiang also said that the film is very “addictive” and will capture the audience’s imagination after watching it.