The actor has no qualms enjoying nightlife gatherings.

While most have been avoiding social gatherings like the plague as a precautionary measure against Covid-19, Taiwanese star Kai Ko (柯震東), who declared his single status earlier, has kept up his vibrant nightlife and partying.

Earlier in April, the 28-year-old actor, who made his debut with youth-themed film You Are the Apple of My Eye <那些年，我們一起追的女孩>, was spotted at a nightclub owned by his father Ko Yao Tsung (柯耀宗). Kai Ko was partying with a group including Taiwanese artiste Genie Chen (陳敬宣) and supermodel Wu Yi-Hua (吳宜樺), while scantily clad ladies joined along. All present did not have their masks while interacting with one another, blatantly ignoring the risk of group infection.

At around 2 a.m., Kai and several friends lifted a drunk male out of the way. When a few of his friends spoke loudly due to their high spirits, Kai quickly gestured them to lower their volume, and later led the group of two male and five female pals home, including female artiste Cathy Shyu (徐凱希).

Fond of social gatherings, Kai had appeared with his father and actress Vivian Sung (宋芸樺) at a film celebration banquet in end February, and heading together for karaoke activity after the event ended. 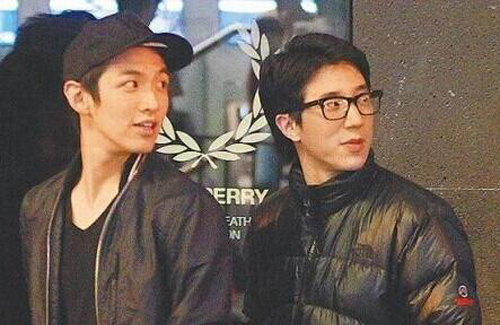