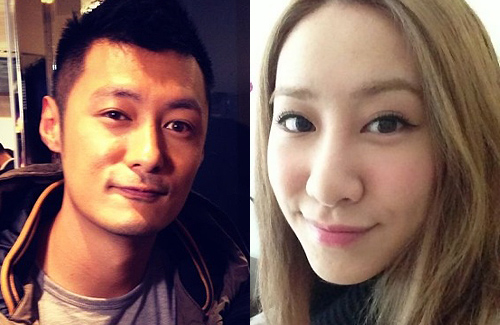 Kary Ng (吳雨霏) and Shawn Yue (余文樂) have known each other for ten years. In autumn of 2012, they became a romantic couple. After dating secretly for three months, their relationship was finally exposed by the media. Although they have only dated for a short period of time, Kary and Shawn has already encountered a breakup, in which Kary allegedly pursued Shawn again, resulting in the couple reuniting.

After the exposure of their relationship, the media were unable to question Kary and Shawn, because they are currently vacationing in England. When Shawn’s assistant was approached, she claimed that she did not know when Shawn will return to Hong Kong, and she will not respond to further questions until his return. On the other hand, Kary has earlier informed her music company that she will not be responding as well.

Even though the couple is far off in England, it is hard to avoid fans. Whenever fans saw their idols, they quickly snapped photos and uploaded them onto Weibo. Recently, Kary and Shawn were photographed in Soho, London.

It seems like the couple has intentions of remaining low-profile, but their relationship was long exposed to their friends. An insider said, “Many friends know that Shawn and Kary are dating, because they never avoid the situation. In fact, they were the ones who told us they were dating. We’re also confused as to why it wasn’t exposed to the public. Perhaps reporters never got the chance to photograph them?”

How did the couple’s relationship begin? The insider revealed, “Actually, Shawn started to date Kary because she was really nice to him. After all, it was Kary who initially pursued him. Later on, Shawn began to think Kary is too ridden as a girlfriend, and he has not reached the stage of deep love with her yet. Since their relationship just started, Shawn asked for a breakup with Kary.”

Allegedly, Kary did not distance herself from Shawn after his proposed breakup, in fact, she became even nicer to him. “Kary is a very caring girl. Most importantly, even after Shawn asked for a breakup, she still stood by his side instead of becoming angry with him. She was willing to consider everything from his viewpoint. With a girl that loves him so deeply, how could Shawn not be touched?” The insider said.

In the end, Kary and Shawn reunited as a couple after Kary’s persistence. However, many of their fans do not support the relationship, and continue to verbally abuse each other online.