Most celebrities age as if they consumed preservatives – they look the same even after many years. Take Andy Lau (劉德華) and Aaron Kwok (郭富城), for example, they hold dozens of concerts while singing and dancing without difficulty. And then there’s Chow Yun Fat (周潤發) and Michael Miu (苗僑偉), who are both over 60, yet they still look so handsome. If we were to list all of the male gods who aged like fine wine, it would take forever. However, Edison Chen (陳冠希) and Shawn Yue (余文樂) have not reached their 40s yet, but they lost their titles of male god with their uncle looks. 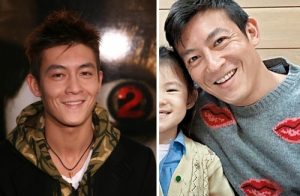 Several years ago, 39-year-old Edison moved to the United States to focus on his fashion brand. In 2017, he married Chinese model Shupei Qin (秦舒培), and they welcomed their daughter Alaia in March of the same year. After becoming a father, Edison became a family man, and he often posts photos of his wife and daughter on his Instagram. They are a typical happy family, and in his spare time, he goes to the playground with Alaia. The former bad boy seems to have changed his ways, and even his appearance changed a lot.

When he debuted at the age of 20, he immediately became a lady’s man due to this foreign appearance and sharp features. However, now his skin has many wrinkles, and even his eyes look very tired. 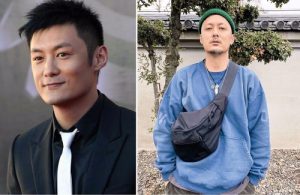 Edison’s rival Shawn made his debut at the same time. They were rumored to have fought over women and the top position in the industry. Although they are no longer in the same circle, they still seem to disagree with each other. Earlier, the shirts produced by Shawn’s brands caused a storm, and he immediately had to apologize for it. Edison, who’s half a globe away, immediately taunted Shawn by launching a t-shirt with a banned “666” design on his brand’s website. The two rivals are still at odds with each other.

However, they are quite alike. Not only do they both have their own fashion brands, but they are also sporting uncle looks. Shawn recently grew out his beard, but his beard is gray. He aged a lot since his debut. 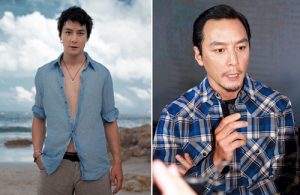 Daniel currently lives in the United States with his wife Lisa S. and their 6-year-old daughter Raven. Recently, he visited Taiwan, and a local female artist shared their photo online. Netizens were shocked not because he made a sudden appearance, but because of his loss of hair. His hair visibly thinned out, and he has a receding hairline. Netizens grievingly said the male god is broken. 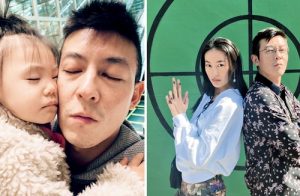 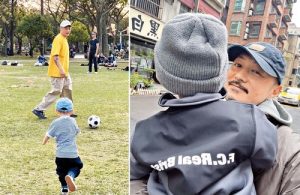 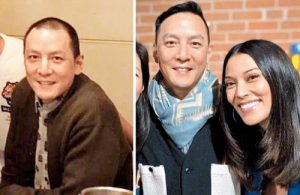