Kate Tsui Vs. Tavia Yeung: Who Will Be the Winner? 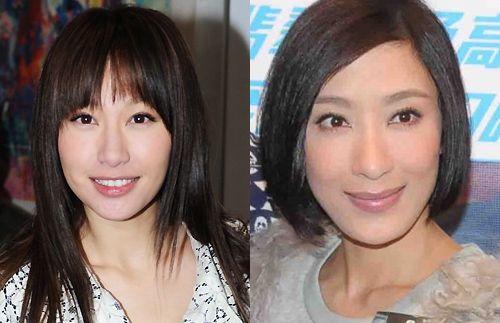 Kate Tsui (徐子珊) and Tavia Yeung (楊怡) are currently the hot favorites to win the TVB TV Queen title of 2012. With two very popular dramas already aired, and one coming very soon at the end of the month, Tavia Yeung definitely has an advantage in the Best Actress race.

Netizens have expressed their support for Kate to win Best Actress, and she is currently the most popular candidate for the honor. Although Kate Tsui only has one drama this year, her drama, Highs and Lows <雷霆掃毒> is currently airing to rave reviews. The crime action drama is also faring very well in viewership ratings, and Kate’s character, Pat, is arguably one of the most interesting and sympathetic characters in the show. From giving up her education to escape an abusive family, to becoming a bar girl, a police informant, to getting raped and becoming a drug queen, Kate’s character is one of the most popular characters in among Highs and Lows’ fans.

Tavia’s recent “car-shaking” with Him Law (羅仲謙) have put a damper on Tavia’s chances in winning the race. However, Tavia may be able to regain her top spot in the race with the broadcast of TVB’s anniversary drama, Silver Spoon, Sterling Shackles <名媛望族>. The drama will finish its broadcast right before the anniversary awards, which gives Tavia yet another advantage in the best actress race. Silver Spoon, Sterling Shackles is now Tavia’s only chance of winning the award.

58 comments to Kate Tsui Vs. Tavia Yeung: Who Will Be the Winner?