Starring Lee Je Hoon and Esom, Korean drama Taxi Driver is based on real crimes that occurred. Quickly gaining a huge following, continued to rise with each new episode.  With six episodes aired, the drama has already reached an all-time high national viewership rating of 16.8 percent and the ratings are expected to continue to climb higher.

Based on a webtoon, the drama follows former special forces officer Kim Do Ki (Lee Je Hoon) who now works as a taxi driver for the Rainbow Taxi Company. Not an ordinary company, it provides customers a special “revenge” service to get their deserved justice outside of the legal system.

In a recent episode, the drama turned its focus to school bullying when a student hired Rainbow Taxi to help him face his bullies at school.  Disguising himself as a substitute teacher, Kim Do Ki gave the bullies a taste of their own medicine and said to them,  “Whenever you get so angry that you want to cry, think of the other kids that you bullied. This is how you made them feel all this time.”

After wrapping up his assignment, Kim Do Ki had an anxiety attack upon hearing the whistle sounds from a nearby construction site. Struggling to keep his composure, a series of flashbacks brings Kim Do Ki to the crime scene of his mother’s murder while the kettle’s whistle blows off in the background.

The episode had viewers excited to uncover the backstory of Kim Do Ki’s past while remaining curious of the plot’s development. 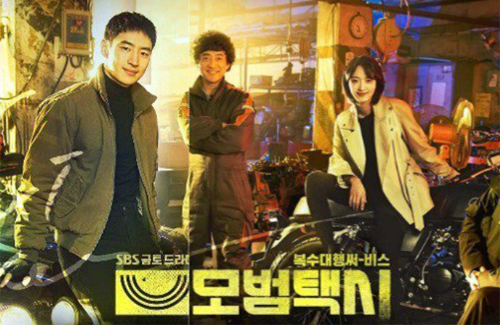