In the finale, Kim Dok Ki (Lee Je Hoon) painfully discovers the truth behind his mother’s death. It turns out that the real killer is a psychopathic inmate who decided to confess after 20 years because of boredom. Determined to avenge his mother, Dok Ki makes sure the convict’s life in prison is a living hell.

After this last operation, the head of Rainbow Taxi Jang Sung Chul (Kim Eui Sung), decides to dissolve the team for everyone to start a new life. However, the last scene shows another inhumane act that triggers all the members to band together with prosecutor Kang Ha Na (Esom) as the new addition. The open ending paves the path for another season of Taxi Driver.

Expressing his final thoughts, Je Hoon said, “I can’t believe Taxi Driver is really over. I want to say, ‘Thank you’ to every viewer who has shown their love for the series all this time.” The actor hopes the same production team and cast can return for the second season.

Esom also feels extremely happy to know that the drama is able to entertain viewers during the pandemic. Thankful for all the support, she wishes good health for everyone. 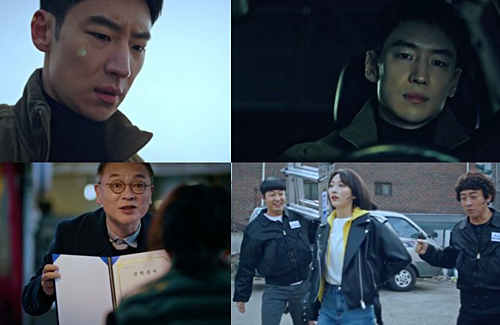 The drama explores the premise of getting revenge for deserved justice outside of the legal system.