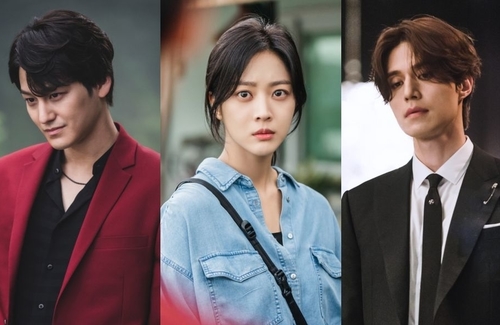 Surging in popularity worldwide after playing as a grim reaper in Goblin (2016), South Korean actor Lee Dong Wook is back to dazzle viewers in the latter half of 2020 with the upcoming fantasy thriller, Tale of the Nine-Tailed. Dong Wook plays a male gumiho, or a nine-tailed fox, which strays from the norm of having a woman portray a gumiho. His half-human display on the show’s poster has already ignited a craze among fans, as his hauntingly beautiful eyes and gentle yet fierce demeanor sent immediate chills down everyone’s spines. Aside from the eye-catching Dong Wook, actors Jo Bo Ah, Kim Bum, and Kim Yong Ji are also part of the cast. The drama is set to air on October 7, with a total of 16 episodes airing every Wednesday and Thursday. 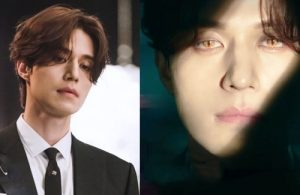 Tale of the Nine-Tailed tells of the fantasy love story between the nine-tailed fox Lee Yeon, played by Dong Wook, and TV producer Nam Ji Ah, played by Bo Ah. It opens with Lee Yeon settling down in a bustling city and attracting significant attention from onlookers for his exquisite looks. He encounters Ji Ah, who becomes curious about his background. She believes he is the ideal guest for her show about urban myths and proceeds to stalk him for information while hoping that he accepts her invitation.

Meanwhile, Kim Bum plays Lee Yeon’s stepbrother, Lee Rang. He is as dangerous as he is captivating. Despite being a hybrid of human and gumiho, Lee Rang has neither sympathy for humans nor any sense of duty like his brother. A fan of chaos, he is out to create trouble for both the human and spiritual world.

Such nine-tailed fox stories are not foreign to Korean audiences, as there have already been several dramas released over the years about this topic. Some notable ones include Kim Tae Hee‘s Forbidden Love (2004), Shin Min Ah‘s My Girlfriend Is a Gumiho (2010), and the Gu Family Book (2013), which stars Lee Seung Gi and Suzy Bae. Yet, Dong Wook’s version is a big appeal because his paranormal aura and eerie beauty very much mirror his grim reaper image in Goblin. The casting of Kim Bum as a gumiho is also garnering great interest and bringing in love calls from fans.

“Tale of the Nine-Tailed” Teaser: