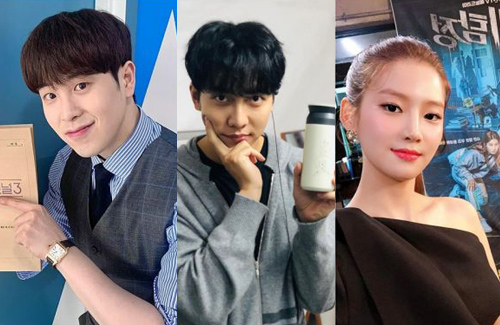 As upcoming Korean drama Mouse held its first script reading with the main cast, the production team provided new details of the upcoming thriller which centers around psychopathy.

Lee Seung Gi stars as a righteous policeman whose morals are put to test when he encounters a psychopath. The drama has also confirmed several strong lineups to the cast Lee Hee Joon, Park Ju Hyun and Kyung Soo Jin. Korean boy group Block B’s P.O was also confirmed to be starring in the drama. While P.O was often praised for his persona in variety programs New Journey to the West and Amazing Saturday, the artiste also impressed viewers with his acting in Hotel Del Luna and More Than Friends.

Mouse explores a scenario where psychopathy can be detected before birth with a DNA test. As the line between science and nature gets blurred, the drama teases the plot with a difficult question, “Will a mother give birth to her unborn child if she knows the child will be a psychopath?”

Sharing details about the drama, the production team revealed that Mouse is different from other dramas centered around psychopathy and will be full of surprises. Mouse will premiere in the first half of 2021.