Starring Gong Jun (龚俊) and Dilreba Dilmurat (迪丽热巴), filming for Legend of Anle (aka An Le Zhuan) <安樂傳> has finally wrapped after 160 days. Perhaps in response to initial doubt from fans, the production team also simultaneously released set photos and a special edition video to drum up the hype! 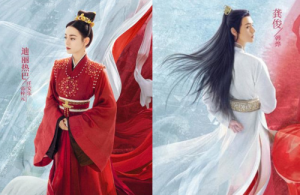 Offering viewers a first peek at the drama in moving motion, the shooting wrap video impressed viewers and showcased the attention to detail paid to the drama’s set and imaging.
Compared with the character imaging and costumes seen in recent period drama productions, the styling for Legend of An Le appears sleeker and well thought-out; while the story’s setting in alternate history also offers more flexibility in costuming. While her previous styling in The Long Ballad <长歌行> took some brickbats from viewers, lead actress Dilraba brings forth a refined and elegant look this time with tailored costumes. 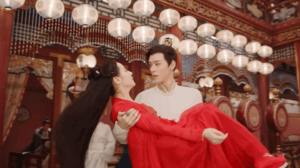 Singling out a particular collage scene of the cast posing in their onscreen costumes, fans spotted Dilraba dressed in a traditional wedding gown. Despite the blur image, Dilraba’s stunning red outfit and elaborate headgear caught the attention of fans, who are excited to see the actress in the get-up!

Besides the three familiar leads, the rest of the cast are all unfamiliar faces who graduated from the same school as Dilraba, which seemed to gel with rumors that she had taken on this drama to anchor the series so the newbies could have a chance to perform. This raised fan concerns that the drama will be like The Long Ballad where Dilmurat, supposedly the lead actress, was almost overshadowed by the second female lead. 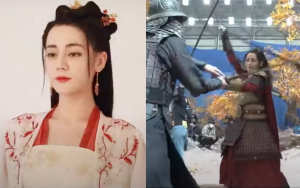 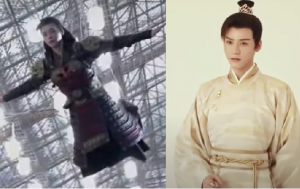 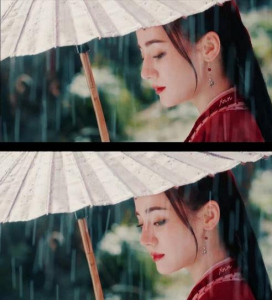