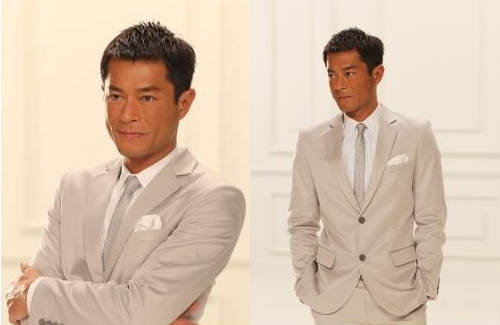 A valued player in today’s entertainment market, Louis has made a successful transition from idol to acclaimed talent in his nearly two-decades-long acting career. He is a staple of the silver screen, and in recent years filmed with even higher frequency. Collaborating with the industry’s best, Louis’s profile continues to rise, and along with it, his salary.

Achieving success this year with Drug War <毒戰>, Out of Inferno <逃出生天3D>, and The White Storm <掃毒>, Louis is in high demand and will have an even busier schedule in 2014. Recently, local media estimates that Louis has earned approximately $236 million HKD in 2013 after accounting for his films and endorsement activities. He will likely continue his earning streak into the new year as he begins shooting crime thriller Z Storm <Z風雲> in the coming weeks. He is also currently in negotiations over a major role in the movie adaptation of TVB drama Triumph in the Skies <衝上雲宵>.

Although Triumph in the Skies 2 failed to help him win the TV King title, Chilam Cheung (張智霖) certainly saw an increase in money-earning opportunities thanks to Captain Cool’s popularity. He joins the list this year with his $83 million HKD income accrued from his many public appearances. Recently signed with China 3D Digital Entertainment, Chilam may have a chance to finally make his big break in Mainland China, the gold mine for many Hong Kong artists.

In addition to Donnie Yen, who takes second place at $220 million HKD, Andy Lau (劉德華) and Nicholas Tse (謝霆鋒) also enjoy top ranks as they have made $150 million HKD each for their performances this year. Nicholas, who owns the successful Post Production Office Group, would likely rank even higher if his business earnings are also taken into consideration.

Eason Chan (陳奕迅) and Joey Yung (容祖兒) stand ahead of fellow musicians, earning $102 million HKD and $87 million HKD respectively. Chow Yun Fat (周潤發) continues to remain active in film and will next be seen in 3D epic The Monkey King <西遊記之大鬧天宮>. The fifty-eight-year-old brought home $80 million HKD in 2013. Former TVB artist Kevin Cheng (鄭嘉穎), who has been strengthening his presence in China, rounds out the list at $39 million HKD. Although Kevin’s Mainland series received mixed reviews, his return to TVB in April will likely raise his profile once again and will ensure income stream from endorsement activities.