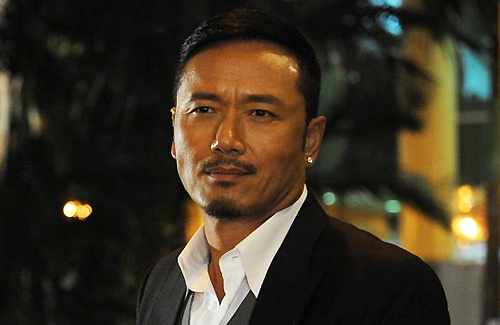 Despite being the age of 55, Michael Miu (苗僑偉) appears to be a decade younger and fitter than most peers. His healthy lifestyle, which includes golf, soccer, jogging, and cycling helps him stay in shape. Recently, Michael purchased two bicycles for his wife Jaime Chik (戚美珍) and himself so they can lose weight together. Bosco Wong’s (黃宗澤) fitness instructor even gifted Michael with a book on how to get rid of belly fat.

“When I was young, I had a six-pack ab! It’s not to become more muscular, but I felt that I have become [flabby] recently and wish to firm up. A person needs to have targets in order to make oneself become healthier,” Michael said. Michael’s fit physique allows him to handle the grueling demands of filming series.

Since returning to TVB in 2005, Michael has released dramas every year. Being in the industry for over three decades,  Michael has already played numerous challenging roles. This time, he plays Power the ruthless businessman in A Change Of Heart <好心作怪>. His character underwent a heart transplant and developed a moral conscience, turning into a good person. At first, Michael was worried that his acting was over-exaggerated, but he gave it his best shot anyway.

In regards to the ratings of A Change of Heart beating Beauty At War <金枝慾孽貳>, Michael stated that ratings were just a number. “It wouldn’t be fair to put the pressure of achieving high ratings upon the actors themselves. TVB releases many series each year and many factors contribute to the success. Some are bound to be more liked by others,” he added.

Michael has always been paired with beautiful ladies in his series. In A Change of Heart, his character has a romantic storyline with both Joey Meng (萬綺雯) and Niki Chow (周麗淇). Michael laughed and admitted that he was simply lucky to have been able to work with Joey and Niki. Michael also complimented Bosco Wong’s (黃宗澤) improved acting since their last collaboration in Dicey Business <賭場風雲>.

Despite paychecks being heftier in mainland China, Michael states that money is not the goal in his acting career. He enjoys the atmosphere in Hong Kong and would rather work harder and enjoy his work in comparison to earning extra cash.

Because of the large number of people heading up north, TVB has been lacking fresh faces and audience members are starting to take notice. Michael believes that TVB needs to spend more time training newcomers to help them develop more stabilized careers. For example, actors like Bosco, Raymond Lam (林峯), Moses Chan (陳豪), Ron Ng (吳卓羲), and Kenneth Ma (馬國明) have already been first-line actors for quite some time now, and TVB needs new blood to liven up the atmosphere.

Michael advises that actors should take their work seriously. When Michael was a newcomer, he was very playful and not serious during filming, which resulted in the director scolding him. Michael urges newcomers not be discouraged by roles without any speaking lines and grasp every opportunity given to them.