Moka Fang Trapped on a Hilltop for 5 Hours 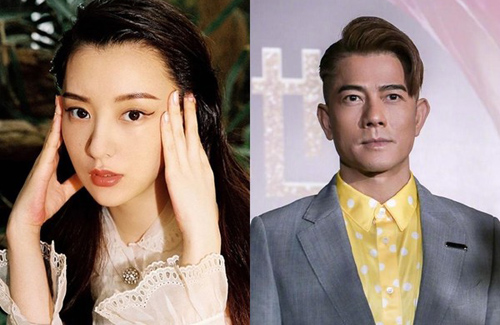 Aaron Kwok’s (郭富城) wife, Moka Fang (方媛), was recently stuck in a hilltop for over five hours. While waiting for help, Moka posted a photo on her social media of a large tree lying in the middle of the road blocking all traffic. 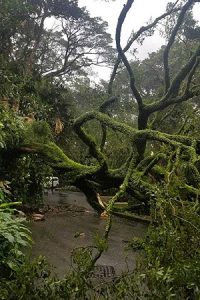 She captioned it with, “I’ve been trapped at the hilltop for the past five hours. I’m so hungry, but I might as well take a few photos of this beautiful tree. I heard that they won’t be able to be move it anytime soon.” She posted some selfies of herself with the tree in the background and eagle-eyed netizens noticed that she had many mosquito bites on her as well.

Once known as a workaholic, now Aaron Kwok is better known for spoiling his wife. When Moka was pregnant, he booked a private hospital room costing $98,000 HKD for childbirth. Many netizens humourosly told Moka that she should either walk past the tree and then call for a taxi or call for Aaron to fly a plane over to pick her up.