At a bottleneck phase after two decades in the industry, actress Nancy Wu (胡定欣) reflects on her career journey in an interview by Tencent for upcoming drama Big White Duel 2 <白色強人II>.

Hopes to Play Mentor Role to New Generation of Artistes 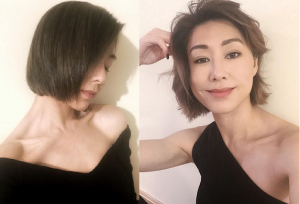 Joining the industry in 2002, it was 13 years before the longtime TVB actress finally gained meatier roles and broke through with two consecutive TV Queen titles in 2015 and 2016 for . In 2020, Nancy jumped ship to Shaw Brothers, and joined the cast of medical drama Big White Duel 2 under a new management contract.

As she marks her twentieth year in the industry, Nancy feels that this is a new beginning for her. Pondering and reflecting on how she can do better, she shares some of the questions that are on her mind, such as, “How can she keep on moving forward as an artiste?”, “What else is she pursuing” as well as “What is now different compared to before?”, in addition to asking herself what other roles she can take on and convincingly present. 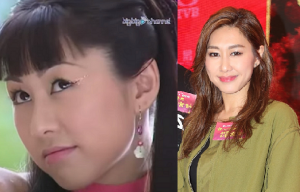 Acknowledging that there are many new artistes in the past two years who have entered the industry after the year 2000, the two-time Best Actress winner said, “When I was new to acting, the veterans around me would be the ones to teach me, (I) just feel that after 20 years, (this responsibility) should now be mine,”

Believes In the Potential of Her Generation

While she did not mention any names, Nancy also shared her goal and aspiration of becoming an “iconic figure” in Hong Kong drama, when she looks at the alumni the station has produced. “TVB has produced outstanding actors, now when I’m filming (dramas), and just joined the industry, I will think back to the day they filmed a certain (production), how that particular drama was acted out…having heard so much, I’d be (thinking) in my heart that our generation can also perform as well. I (also) hope to become an icon of our generation,”

On Working with Kenneth in “Big White Duel 2”

Asked how it felt like to collaborate with ex-boyfriend Kenneth Ma (馬國明) once again, the 40-year-old candidly replied, “We’ve known each other since Triumph in the Skies <衝上雲霄> which makes it 20 years since; and have worked together countless times throughout…we’d be very familiar with each other so we won’t need to say much and would trust each other! If we meet any problems… (to each other we’re) a co-worker and actor we can work together with very well”.

Going public about their relationship back in 2009, the two had dated in a high-profile manner and would often go to and get off work together. Following rumors that Nancy found Kenneth’s personality too boring, the pair went their separate ways after two years, but remain as friends.