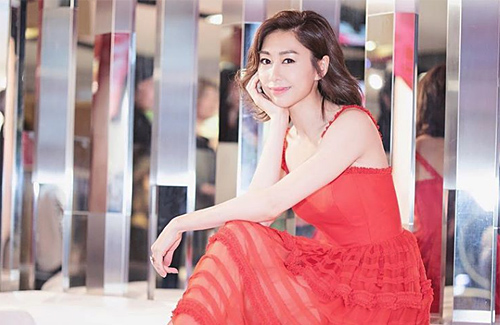 The nominations list is out for the 2019 Hong Kong Film Awards and Nancy Wu (胡定欣) has been nominated for the Best New Performer award for her role as a KOL in Men on the Dragon <逆流大叔>. It would seem that she has had a smooth sailing career, but in reality there was a period where she was unemployed for half a year.

In 1991, Nancy participated in TVB’s International Chinese New Talent Singing Championship, but was unable to move past the semi finals. She did not give up and in 2001, she participated in the TVB Cover Girl competition and ended up winning. 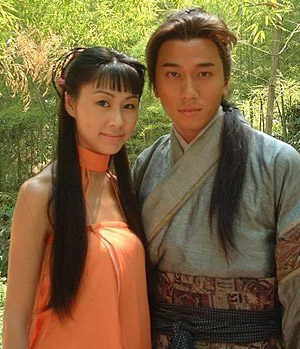 with Ron Ng in “Twin of Brothers”

In 2002, Nancy joined TVB’s 18th training class and before graduation, she was handpicked by producer Poon Ka Tak (潘嘉德) to join his drama Triumph in the Skies (衝上雲霄) to portray Joe Ma‘s (馬德鐘) younger sister. Afterwards, she participated in many different dramas but hit a roadblock in 2004 after Twin of Brothers <大唐雙龍傳>. She went through a difficult time where she was unemployed for half a year.

Nancy decided to take her life into her own hands and took initiative to reach out to different producers letting them know that she was available for work. In the end, Poon Ka Tak offered her a role in Revolving Doors of Vengeance <酒店風雲>, thus ending her dry spell.

With the worst behind her, Nancy went on to win the Most Improved Actress award in 2008. In 2012, she won Best Supporting Actress with her role as a deaf and mute boxer in Gloves Come Off <拳> and in 2015 and 2016 she won Best Actress for her roles in Ghost of Relativity <鬼同你OT> and A Fist Within Four Walls <城寨英雄> respectively.

With all the awards under her belt, Nancy has shifted her focus to the movie industry. She reflected upon her nomination, “It’s hard to express how I am feeling at the moment. It’s even more complicated than when I was nominated for Most Improved Actress! I’m very happy to be a part of the nominees; I filmed this movie not expecting to have these gains! I want to thank everyone that worked on the movie, the association for my nomination, and lastly to my co-star, Francis Ng (吳鎮宇)!”