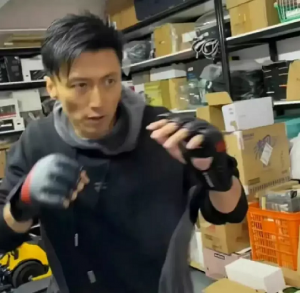 Previously, Quintus was accidentally captured in the background of a selfie Cecilia posted, and his promising looks already led many netizens to comment. “His handsome looks just resemble daddy Nicholas Tse!”

The actress-singer mother of three recently shared a short video of Quintus throwing punches and other swag moves in boxing gloves. As the boy looks more grown-up and has even sprouted a little moustache now, netizens commented that his features resemble daddy’s; his continued boxing moves also elicited bursts of laughter from Cecilia off-camera.

Digging out old photos of Nicholas Tse making boxing moves, netizens complimented Quintus and said that his hairstyle, facial profile and boxing stance do not pale in comparison to that of his father, describing him as a “mini (version of) Nicholas Tse”. One comment read, “Although he grew up with mummy, genes don’t lie, and (he) has the same powerful vibes as dad,”

Focused on caring for her children, Cecilia recently posted photos of herself driving Quintus to school, and also shared about teaching eldest son Lucas (謝振軒) the importance of time management, as the latter grows up and starts learning about multi-tasking and how time is a finite resource. 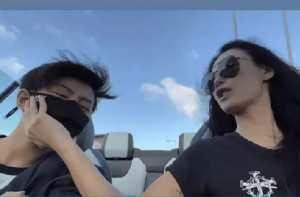