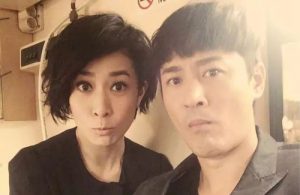 Raymond Lam‘s (林峯) recent return to TVB with his reprised role of Bao Seed in Line Walker: Bull Fight <使徒行者3> has been heavily praised by the audience, capturing their hearts once again. Though he did not participate in the second season, his performance alongside Charmaine Sheh (佘詩曼), who played Ding Jie, in the first season was so iconic and memorable that viewers did not forget his character even after six years. However, during an interview with Raymond about Line Walker‘s success, the new dad couldn’t help but bring up his daughter and wife instead.

Unlike his character, who struggles with identity and mental health issues as an undercover agent, the actor is thriving in real life. Stepping into a new chapter, Raymond married Carina Zhang (張馨月) last September and recently welcomed their first daughter together. Throughout the interview, he couldn’t help but smile whenever his family was mentioned. 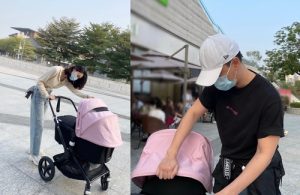 He shared that he can finally join the dad’s club and talk about children with his friends and colleagues. “In the past, I couldn’t join their conversations whenever I bumped into Kevin Cheng (鄭嘉穎) and Oscar Leung (梁競徽) because they were already dads. They would talk about their children, but I had nothing to contribute to the topic. Since I now have a child, I understand why they can’t escape the topic. I can now join the group,” he expressed.

He added while smiling, “Now that I have my own family, I hope that they will be supportive of all my work. Since I have such a great helper (Carina) at home, I can focus on my career. I will continue to work hard in the future and share more of my works with everyone.” 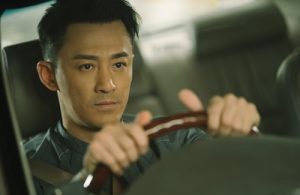 With the foreshadowing laid out in Line Walker: Bull Fight‘s finale, many are curious about Ding Jie’s whereabouts as well as the continuation of the series. Raymond expressed that there is no plan for a fourth series yet, but there is always hope. He said, “It all comes down to the director and producer’s planning. I think they want to film a fourth one.”

For Line Walker fans, there could be a possibility for Bao Seed and Ding Jie to reunite.