Couples Become Pregnant After the Show

Since the wives take separate trips on the show, “absence makes the heart grow fonder” and past stars on Viva La Romance have become pregnant, such as Cherrie Ying (应采儿) and Jordan Chan (陳小春) from season 1, Zhang Ziyi (章子怡) from season 2, and pianist Gina Alice Redlinger and Lang Lang (朗朗) from season 4.

Since team leader because Xie Na (谢娜) is currently pregnant in her second trimester, she was replaced by Liu Tao. While Liu Tao has demonstrated her strong organizational skills and leadership in variety show The Inn <亲爱的客栈 >, it remains to be seen if she can match up to Xie Na’s high energy levels.

All Eyes on Raymond and Carina

Celebrity couples who take part in reality shows such as Viva La Romance are usually pretty confident about their marriages, and do not mind cameras following them around during daily activities.

All eyes are on new parents Raymond and Carina, who are definitely the most anticipated stars on the show. Married for only one year, the couple’s interactions will likely be the focal point, as netizens are waiting to see evidence of Raymond’s “love brain” and Carina’s “money-making” inclinations.

Viewers are also excited to  peek into the husband-and-wife dynamics between Qin Hailu (秦海璐) and the seemingly stern Wang Xinjun (王新军). The couple, who have a 6 year-old son, turned down rumors of a second pregnancy in 2019 when Qin Hailu was spotted with a suspected baby bump.

As for couple JJiang Qinqin (蒋勤勤) and Chen Jianbin (陈建斌), viewers got a glimpse of their “old-husband-and-wife” interaction mode on Happiness Trio <幸福三重奏>, though it is interesting to see if the usually level-headed Qinqin will show a different side to her personality when away from her husband.

Viewers will also get to see if goddess of gymnastics Zhou Jie (周婕) and Olympic champion Zou Kai (邹凯) are indeed as loving as they seem publicly.

Tagging along with the wives as solo male traveler is Zhang Han (张翰), whose chemistry with Liu Tao has continued from Divas Hit the Road <花儿与少年1> to The Inn. His colorful romantic history and strong business acumen will heighten interest in the show while Wu Xuanyi (吳宣儀) will also join the cast as a traveling companion. 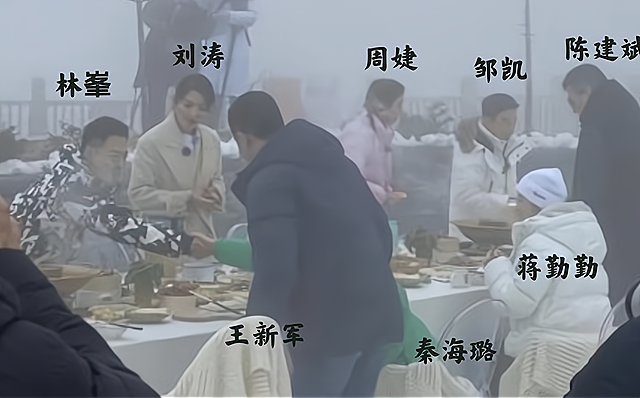