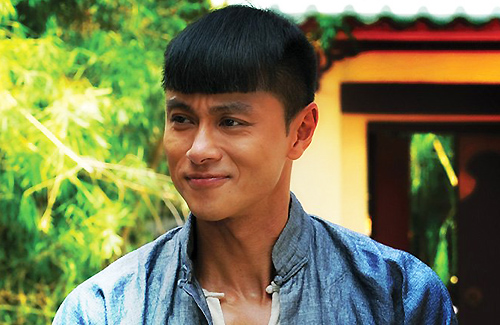 Above: Raymond Wong stars in new TVB drama, “The Day of Days”.

Sixteen years ago, Raymond Wong (黃浩然) was Johnnie To’s (杜琪峯) new found prodigy and with the help of the director, he quickly rose to take up promising roles in movies such as Lifeline <十萬火急>, only to be slammed down just as fast.

There are actors such as Wayne Lai (黎耀祥) struggled for more than a decade to get to where they are now. Then there are the lucky few, like Raymond, who were talent-scouted early, and with nary a finger lifted to start off their road to stardom. Starting his career in the movie industry, Raymond was discovered by Johnnie To in his modeling days, probably due to his good looks and charm. Perhaps because of their quick start, they are more often than not, been harshly looked upon.

When Raymond’s filming projects continued to decline where he worked for only 10 days in a 9-month period, he knew he had to do something. “I never dreamt of rising to the top. My acting then was bad and I probably couldn’t meet To Sir’s expectations. Since that was the case, I could only try my hands on another job, even if it means starting anew.”

Never one to believe that success comes easily, Raymond knew he had to work hard, even if it means taking many first steps. In 2002, Raymond began his career in the television industry with ATV. Five years later, he had to re-establish himself, this time with TVB. The pragmatic Raymond had not left his head in the clouds but was humble in his job. He said matter-of-factly, “No matter what role I was given, chances are I would grab it. I did not attend any acting class, so any role was a good chance for me to learn. From To Sir, I learned that no matter how successful one is, one still has a lot to learn and especially as an actor, one must have that discipline to maintain a studious attitude.”

Moses Chan (陳豪), who had entered the industry almost the same time as Raymond, has already achieved much compared to the latter, having clinched several awards, most notably the TV King award in 2007. The difference between the two actors is Moses has been with TVB for a longer amount of time. If Raymond was envious, he did not show it. Instead, Raymond said, “Moses is my number one idol of my generation! Not only is he good in his work, he has good social skills too.”

Although not achieved the success of Wayne or Moses yet, Raymond is already content. While Raymond is under contract with China Star, he has been given plenty of opportunities at TVB.  Raymond’s hard work has paid off too and together with Wayne, he was nominated for last year’s TV King award. Humbly, Raymond said, “I don’t think I deserve that award yet. My target is to achieve what Wayne has done – to bring in good ratings for a show. When viewers sees his name in the credits, they immediately know it’s going to be a good show. That’s what’s important to me.”

Eventually, Raymond hopes to be able to show his gratitude to Johnnie To. Raymond said, “I wish to be able to work with To Sir again. However, it will be when I can live up to his expectations. At the same time when he helps me, I want to help him back.”