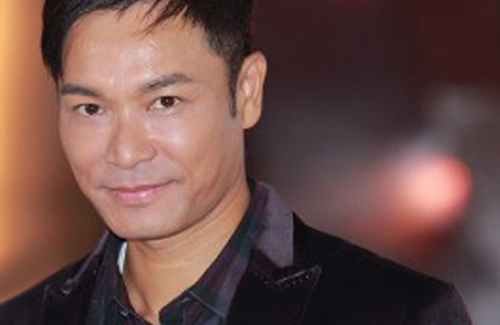 Roger Kwok (郭晉安) is enjoying a rewarding year with starring roles in Inbound Troubles <老表，你好嘢> and Awfully Lawful <熟男有惑>, and numerous offers to appear at functions and events. Despite his busy schedule, Roger has also signed on to star in modern thriller The Good and the Bad <忠奸人>. With his increasing savings, Roger recently put down a seven-figure sum on an apartment as a long-term investment, hoping it will provide financial security for his family.

On August 1, Roger attended the costume fitting for The Good and the Bad. He will play a lawyer who is partially paralyzed and will film in a wheelchair throughout the series. Initially planning to film in mainland China after the summer, Roger chose to return to work earlier to film with TVB. When asked about his decision, Roger shared that he did not expect to start filming so soon as he had plans to accompany his son to his elementary school entrance exams. Discussing his son’s upcoming milestone, Roger said that he does not wish to give him any pressure regarding academics, and hopes to be spiritually supportive along the way. “My wife and I both have a relaxed attitude about this. Whether he will or will not be accepted into a particular school is not something that can be forced. We also don’t want him to face any pressure. We just want to be his spiritual support by accompanying him. Honestly, my wife and I are unclear about his future steps, but we want to be there for him as he grows….”

Roger added that while he wants his son to be happy, he also expects his child to learn practical real-life skills. “I want my son to have a very happy childhood. But I also want to train him so that he will be able to take care of himself. Luckily he attends a full-day kindergarten. The teachers taught them to make their beds after waking up and how to change their clothes. Earlier I saw him folding his blankets after waking up. I felt really happy for some reason.”

When asked about his 2-year-old daughter, Roger insisted that he treats both children fairly and equally. “We already have an idea of what to do when our daughter was born. We just have to follow what we did with our son. We do tend to spend a bit more effort with our son since he is the firstborn and we aren’t really sure what the future steps will be like.”

Recently, Roger spent around $7 million HKD to purchase a 600 square feet unit in Tai Koo Shing and is planning to put it up for rent. When asked to comment about his purchase in an uncertain housing market, Roger shared that he sees it as a stable and worthwhile investment. “I decided to purchase and rent right now because of a close friend’s advice. He has purchased many properties as long term investment. The most important thing is to set up a sound budget and to carefully calculate the potential return on investment from a rental. After all, it is very difficult to predict the housing market. I doubt that the rental fees would drop beyond 50% in the foreseeable future. Stock investments however, seem more like a gamble in comparison. Both for myself and for my family, it is still the most practical to purchase property in Hong Kong.”