Rosina Lam On Husband Jason Mok: “He Always Finds Time For Me” 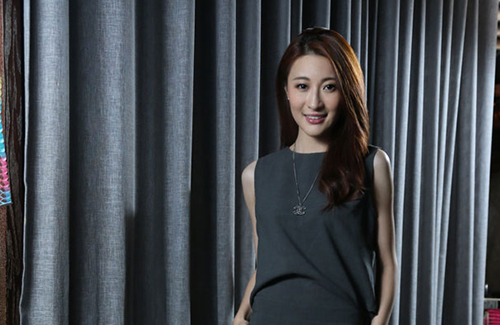 TVB actress Rosina Lam (林夏薇) surprised the public when she secretly married boyfriend Jason Mok (莫贊生) in late July. In an industry when many entertainers struggle for privacy, Rosina was commended for her ability to keep her relationship a secret.

“Honestly, I don’t think we were that secretive,” expressed Rosina. “But we do prefer to be more low-profile. We’ve actually been out together before, but we made sure to be careful.”

The 28-year-old married her 41-year-old CEO boyfriend in an extremely private ceremony held at a luxury mansion in Victoria Peak on July 25. Only close family and friends attended. Her cousin, Raymond Lam (林峯), was among the guests.

“We are very comfortable with each other,” shared Rosina. “When I go home, I am no longer an actor. When he goes home, he is no longer the boss. When we go out, we are just regular people. If you treat yourself as that, you will become just that.”

Rosina admitted that because of their respective careers, they never had much time to spend with each other. “We really didn’t start to really date in public until a while later, when we were closer to getting married.” She then added with a laugh, “That’s probably why the paparazzi never caught us. We are rarely together! Also, Jason and I love crowds. When we go out, we tend to go out with our group of friends.”

On her “comfortable” relationship with Jason, Rosina said, “It’s strange. We are so naturally compatible and we never had to worry about how to communicate. We just clicked.”

Rosina admires Jason’s sense of responsibility and attention to small details. “What’s so great about Jason is that, no matter how busy he is, he can always find the time for me.”

A while back, Rosina and Jason did not meet for a very long time due to her busy schedule. Knowing that Rosina was physically exhausted, Jason took the entire night to make bird’s nest soup for her and drove to Tseung Kwan O, where TVB Studios was located. Rosina then met up with him somewhere nearby and finished the soup inside his car.

“Honestly, how many more people out there are like that? Who does everything for you?”

Relationships are hard to maintain, but how does Rosina keep hers? She said, “We have mutual admiration for each other. He admires how I’m able to do theater and act in dramas. And I admire him as well, because I can never do what he does.”

Asking Rosina if she would be taking care of her health to welcome a baby sometime in the future, she said, “There really aren’t plans for anything like that at the moment. The way we are now is more comfortable, but if it comes, it comes!”

1 comment to Rosina Lam On Husband Jason Mok: “He Always Finds Time For Me”