Busy filming recently, actress Roxanne Tong (湯洛雯) hopes for breakthrough roles to shine in, but also admits to having personal boundaries when it comes to revealing performances.

Will Let Things Take Their Course with Kenneth Ma

While she spent years completing her studies overseas, the actress is rather conservative and has hardly made many swimsuit appearances after taking part in the Miss Hong Kong 2012 pageant, saying she dislikes sexy performances and is admittedly “averse” to intense bed scenes. 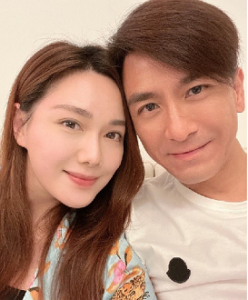 Asked if the reason is due to boyfriend Kenneth Ma’s (馬國明) objection, the 35 year-old replied, “It’s my own intention not to be revealing onscreen, sexy just isn’t me, it’s (not) to do with Kenneth, but normal boyfriends wouldn’t be too happy, though I would still say yes if given the right conditions and suitable storyline,”

Having just celebrated her 35th birthday, Roxanne’s greatest wish is to go on vacation and allow her body to recuperate, but laughingly adds that it is not in preparation for marriage and childbirth. “Most would think that way, but it’s because I have chronic gastritis, filming for Secret Door <隱門> lasted about half a year due to the pandemic, prolonged filming also added to the stress,” she explained.

Thanking the public for their well wishes for Kenneth and herself, Roxanne said, “(Your wishes are) very sweet, but both of us are just a normal dating couple, we won’t be rushing into marriage, there’s a process, and a timeline. It’s not that we don’t talk about it, but there’s no need to rush into things!”

Strives to Continuous Improvement in Each Role 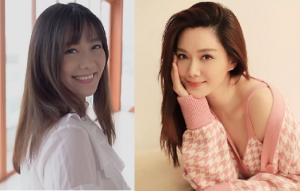 Sharing her work philosophy, Roxanne said, “I don’t seek to be at the top, because there’re so many others who’re better, and more beautiful than you, I only want to present my best version, making small improvements with each (role) is already (good enough) for me.”

With noticeable roles in Barrack O’Karma 1968 <金宵大廈2> and Stranger Anniversary <雙生陌生人> recently, in which she played a K-pop star-obsessed fan, and an attractive goddess who courts after Joe Ma (馬德鐘) respectively, Roxanne shared that she has put in special touches to bring her character to life, embellishing her ‘goddess’ character with details like turning her back before giving a flirtatious smile, or deliberate slow-motion moves.

While she enjoys her fanatical star-chasing role in Barrack O’Karma 1968 more, playing a ‘goddess’ also helped balance out the other role’s zealous personality. Having been in the industry for some time, she wishes to get lucky in roles with greater breakout potential and does not mind playing the antagonist.