Ruco Chan Takes Care of Mom After Her Stroke 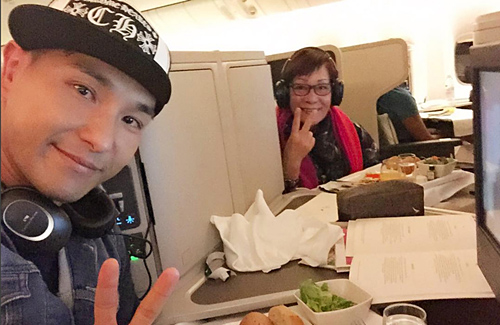 Filming less dramas, Ruco cut down his workload to spend more time with his mother.

Completing filming two years ago, Ruco Chan‘s (陳展鵬) Chinatown <唐人街> was pushed back from its September air date last minute to make way for Go! Go! Go! Operation C9 < C9特工>.  Though initially stunned, Ruco looked towards the optimistic side over a more strategic release date for Chinatown. The 43-year-old actor is also seen less on screen because of his reduced filming output, a decision spurred by his dedication to spend more time taking care of his elderly mother. 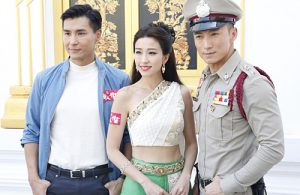 While TVB explained that postponing its release date for Chinatown is to ensure it could have a synced global premiere date, the decision meant that Ruco would have no dramas airing for two straight years. His recent Instagram post mentioned “suspecting my own abilities,” which was interpreted as his unhappiness at the decision. Dumbfounded when he got wind of the news initially, he later came to understood the decision upon hearing the reasons. “The global premiere of the drama includes China, and I’ve had no dramas aired there these few years, so the change this time is ironically a good thing.”

Since he received TVB Best Actor for A Fist Within Four Walls <城寨英雄> in 2016, Ruco intentionally cut down his workload in order to take better care of his mother, who had a stroke and was severely ill over the past few years. When he and Phoebe Sin (單文柔) got married in 2018 after less than two years of dating, there was speculation that Ruco did it as an auspicious gesture to improve his mother’s health. Now that his mother’s condition has stabilized, Ruco opened up about the past two years, revealing that his mother had seen over 10 doctors and was admitted into the Intensive Care Unit (ICU) on two occasions.

The day before his wedding, Ruco’s mother was hospitalized. He had worried, “I thought [my mother] might not make it, and asked my wife if we should continue with the wedding. Luckily, my mother was strong enough to pull through.”

As Ruco’s mother was not covered by any insurance plan, her hospitalization fees went up to a seven-digit sum, and Ruco was further surprised by the double rates charged by private hospitals during specific periods. Fortunately, Ruco had enough savings to pay for the exorbitant sum.

Following his mother’s improved condition and the birth of his daughter Quinta, Ruco and his family moved to Sai Kung. The primary reason was so Ruco’s mother could have a more quiet environment to rest. Deliberately slowing down his work to spend more time with his family, Ruco said, “These two years, I really felt what is meant by ‘life is unpredictable.’ Seeing my mother like this made me unable to focus on work, and I felt it was time to do something for my family.”

He also rationalized, “The company has new artistes to promote. If every drama featured me, I’d also get fed up if [viewers] don’t.” The actor will be focused on music projects next before filming a new drama in November.