Sammul Chan and Tiffany Tang in “A Beauty in Troubled Times” 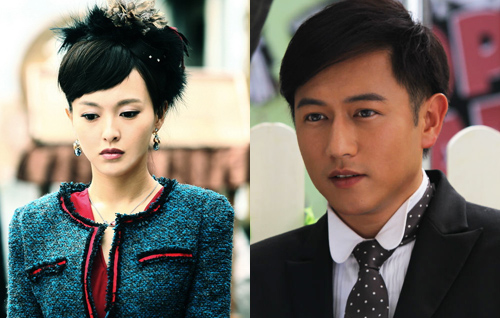 Set in 1930s Republican China, A Beauty in Troubled Times tells the story of the “beauty heroine” Zhang Lianxin (Tiffany Tang), a maid belonging to the Zhang family. Young master Zhang, Zhang Wenjin (Wilson Guo) is attracted by Lianxin’s beauty and schemes to keep her by his side. He framed her lover, the Japanese-raised Chongyang (Luo Jin) for killing his father, which forced Lianxin and Chongyang to flee to Shanghai. The couple lived in Shanghai peacefully, happily, and free from enemies. Lianxian worked as a garment worker, while Chongyang worked as a coolie at the wharf, and took up many other odd jobs to fulfill Lianxian’s dream of moving to Southeast Asia.

Three years later, Lianxian’s garment work attracted Xu Na (Amber Xu), the heiress of a famous clothes business in Shanghai. Na’s mother, Xu Hui (Cecilia Yip) hires Lianxian to her company, and with hard work and perseverance, Lianxian quickly rises to the top, becoming one of the most powerful businesswomen of Shanghai. At a banquet, Lianxian meets the rich Detective He Tian (Sammul Chan), who falls in love with her at first sight.

Zhang Wenjin recognizes Lianxian in the newspaper and sends an assassin to kill Chongyang. Worried about Chongyang’s safety, Lianxian seeks help from He Tian. Together, they searched for Chongyang, but to no avail. Under the care and love of Tian, Lianxian begins to fall for him. On Tian and Lianxian’s marriage night, Wenjin crashes the wedding to take Lianxian away, and in her escape for survival, she learns that Chongyang is still alive.

A Beauty in Troubled Times aired in Jiangsu and Shanghai to rave reviews, and was praised by both critics and viewers. The drama is currently slated for a wide December 5 release on Anhui’s Anhui Television and Shanghai’s Dragon Television.