Serene Lim to Star with Raymond Lam in “Line Walker 3”? 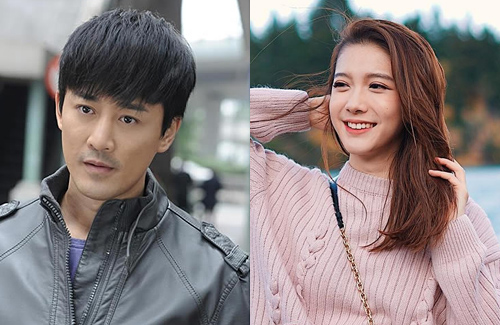 Fans have been very excited since Raymond Lam (林峯) announced in March that he would be reprising his role in Line Walker 3 <使徒行者3>. After a long period of waiting, news was finally released that the TVB drama will officially start filming in August.

Most of the cast has not been confirmed, but Michael Miu (苗僑偉) and Benz Hui (許詔雄) will be reprising their roles. Unfortunately Charmaine Sheh (佘詩曼) has declined due to scheduling conflicts so many netizens have been guessing that the female lead may be Ali Lee (李佳芯) or Sisley Choi (蔡思貝). However, a recent report suggested that Serene Lim (林宣妤) was specifically chosen by Raymond and might be the female lead.

Serene participated in Miss Chinese International 2017 representing Malaysia, and was viewed as the hot favorite to win. Many thought she was the combination of Karena Ng (吳千語) and Angelababy. She placed as runner-up, losing to Stitch Yu (余思霆) from New York. However Serene definitely left an impression on the audience and was praised for her elegance and good looks. She joined TVB in 2018 and graduated from the training class the same year. Afterwards she participated in two dramas: Girlie Days <她她她的少女時代> and Al Cappucino <極道怪咖>.

In a recent interview, Serene confirmed that she will be joining the cast of Line Walker 3. She will be playing the role of a traditional Chinese medical practitioner and will be employed by a foot massage shop. She will have scenes with Raymond, but did not disclose further details about their relationship in the drama. She has been diligently preparing for the role and has gone to one massage class.

The audience will remember that in the original Line Walker, Charmaine’s character also owns a foot massage shop, leading one to wonder if she is indeed the female lead. Serene refuted these claims and disclosed that she will not be the female lead. She also confirmed that Sisley Choi (蔡思貝) is a part of the cast.

3 comments to Serene Lim to Star with Raymond Lam in “Line Walker 3”?