The wait is finally over – Marvel’s Shang-Chi and the Legend of the Ten Rings is set to greet viewers in July. The movie is not one to miss because it is the first Hollywood superhero film that features a predominantly Asian cast, comprised of Simu Liu (劉思慕), Tony Leung (梁朝偉), Awkwafina (also known as Nora Lum 林家珍), Michelle Yeoh (楊紫瓊), and Fala Chen (陳法拉).

As the first Asian star to play the protagonist in a Marvel movie, Chinese-Canadian actor Simu happily shared his experience in a recent interview. When the interviewer asked how his character Shang-Chi would fare in a fight against Iron Man, the Hulk, and Black Widow, Simu confidently exclaimed that he would win. He expressed that he could debate about this for hours from the standpoint of a fan and added, “Shang-Chi can definitely throw a punch. As for his other skills and powers, you’ll have to wait and see.”

Simu is not far from the truth. In the original comics, Shang-Chi possesses the highest level of martial arts cultivation, and his fighting skills far exceed that of Captain America’s. Since Shang-Chi’s powers originate from his “qi,” his movements are very powerful, allowing him to dodge the strongest of bullets.

Given his strong skills, even Spiderman and Wolverine trained under him to build their fighting techniques. Shang-Chi later gained cloning abilities and the power to turn his enemies into stone. 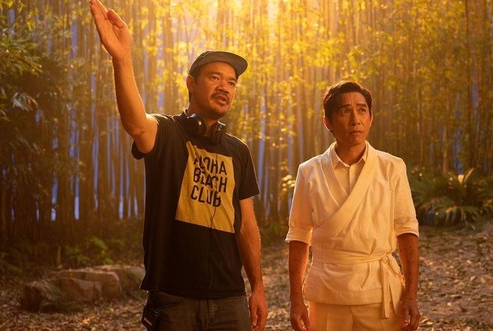