Hong Kong productions are known for their gritty action scenes, thanks to a group of passionate choreographers and dedicated stuntmen who work tirelessly in the industry. Now, TVB artistes can experience firsthand what it takes to succeed in the field, by undergoing training as stuntmen in new reality program Profession Impossible <不可能任務>. 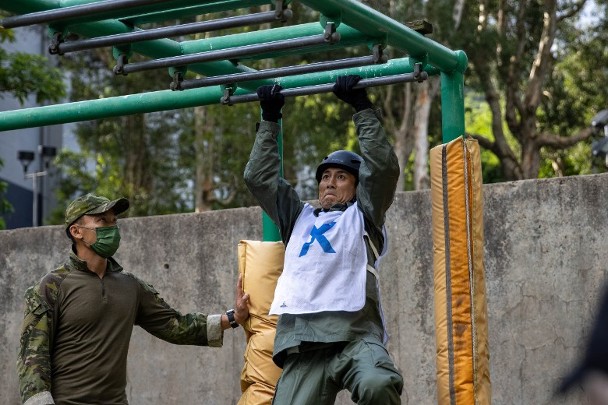 The artistes are split into two teams, one mentored by Chin Ka Lok (錢嘉樂) who is the head of the Hong Kong Stuntman Association, and the other by Dion Lam (林迪安), who is an internationally renowned action choreographer.

In the trailer, both team mentors appeared very strict and serious and were seen yelling at their members, “Why do you still not understand?” and “Give it some energy–don’t do things half heartedly!” 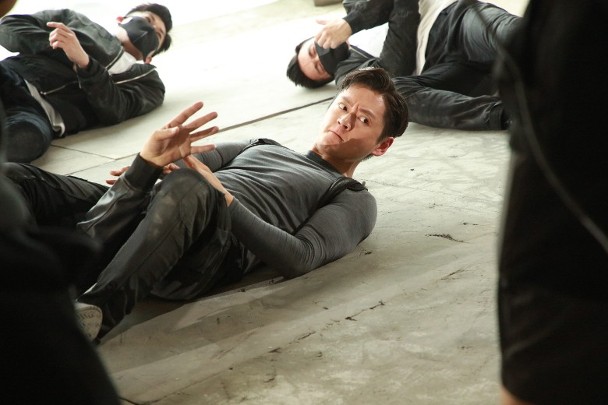 The artistes will be taking on different challenges that are part of a stuntman’s training. This includes jumping from high buildings, drifting cars, shooting guns and handling other weapons, explosions, combat fighting, setting themselves on fire, and rolling down stairs.

Each team will have to film a six-minute action scenes as their final project. Charlene, who had starting learning Hung Ga from the age of five, and Owen performed the best and were able to overcome all the obstacles during training.

Everyone is treated equally on the show, and there is no special treatment for the female cast. In the preview, Joey, Sandy, and Cindy are seen crying. Joey especially did not feel confident, but did not want others to see it.

As the team leads, Owen and Shaun, also had to complete the same rigorous training and shed tears. Aside from the extreme physical challenges, the cast had to deal with injuries and the inclement weather conditions. Shaun encouraged himself to persevere, “I need to break through this psychological barrier. As long as I put all my heart and effort into it, there is nothing that is impossible!”