The spiritual sequel to Shaw Brothers’ first web series Flying Tiger <飛虎之潛行極戰> has already started airing in Mainland China, but the company still hasn’t decided on when it will start airing it in Hong Kong. 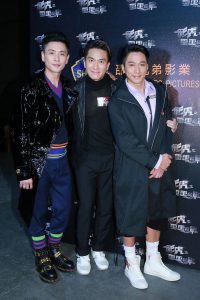 Though the series has already premiered in China via Youku streaming on September 6, Shaw Brothers has yet to confirm an air date for the show in Hong Kong.

Originally scheduled to air at most a month after its original Chinese premiere, it appears that Flying Tiger 2 was planned for an October 2019 release via TVB Jade.

However, TVB’s current prime time line-up is full — TVB will be airing Finding Her Voice <牛下女高音> and The Man Who Kills Trouble <解決師> this October.

While we wait, check out this trailer of Flying Tiger 2: