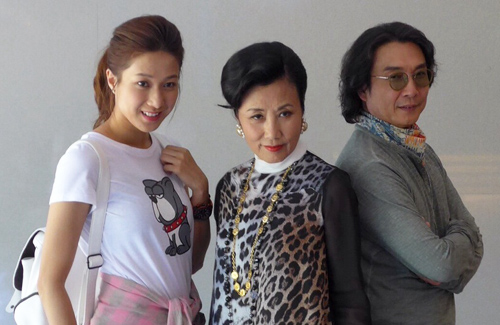 There is darkness behind the limelight. After recovering from a long-term sickness, retiring singer Wah Fong Ying (Liza Wang) has come to realize that she has failed to live a fulfilling life. With two failed marriages and strained relationships with her three children, Fong Ying is much lonelier than she admits.

Summoning up all her courage, Fong Ying flies to Taiwan to mend her broken relationship with her oldest daughter. During this time, she comes across Hong Kong photographer Law Ben (Damian Lau), who is in Taiwan to fulfill his late wife’s (Michelle Yim) wish of returning to her ancestral home. Sparks fly when the extraordinary meets the ordinary. Both Fong Ying and Ben find their strength as they quietly support each other.

Encouraged by Ben, Fong Ying decides to perform one last time in a goodbye concert for her close friends and family, but her youngest daughter Tong Yan (Eliza Sam) reacts coldly to the invitation. Nonetheless, Fong Ying remains committed to her last concert and hires a new assistant Szeto Dik Dik (Linda Chung) and a new creative director, Song Sheung Hang (Alex Fong). Dik Dik and Sheung Han initially struggle to get along due to past misunderstandings, but they eventually cultivate a deep relationship.

Just as Fong Ying starts to find the light again, she is once again attacked by darkness. While Sheung Hang was preparing a special issue to promote Fong Ying’s concert, he discovers an ugly secret that Fong Ying has been keeping for many years. Dik Dik finds out that Fong Ying and her uncle were involved in the past. Ben is also starting to have hallucinations….